Father of ex-NFL star Adams says ‘football messed him up’ as debate rages over CTE, gun control & race in wake of shooting spree

Father of ex-NFL star Adams says ‘football messed him up’ as debate rages over CTE, gun control & race in wake of shooting spree

Hours after the horrific murder-suicide reportedly involving ex-NFL player Phillip Adams in which he allegedly killed five people and himself, the online inquest as to what led to the shooting spree has begun.

Former San Francisco 49ers star Adams, 32, has been named as the perpetrator of the violent incident in Rock Hill, South Carolina Wednesday, in which prominent local medical professional Dr. Robert Lesslie, his wife Barbara and two of their grandchildren were shot dead. A fifth man, James Lewis, who was understood to be working on Dr. Lesslie’s home was also killed.

After a manhunt, Adams was identified by authorities as the chief suspect and was located in a nearby house, but reportedly killed himself with a .45 caliber handgun at around midnight local time. Adams is understood to have been a former patient of Dr. Lesslie’s, and his parents are reported to both live in the area of the shooting.

Amidst the wave of shock and grief being felt both in the local community and on the periphery of the NFL, questions are beginning to emerge: How, or why, exactly did a successful collegiate athlete turned professional sportsman commit such a heinous act?

And while most NFL fans are united in their grief, none of them can say with any truth that this is an isolated incident.

Chris Benoit, Aaron Hernandez, Jovan Belcher, and now Phillip Adams. How much is too much before we actually do something about the obvious dangerous effects of long term brain damage? https://t.co/K6HI9pwrUe

For all the glamor and glitz associated with the NFL, one can also point to a dark underbelly. The medical condition of chronic traumatic encephalopathy (better known as CTE) has grown its reputation from one of the gridiron’s deep, dark secrets to a central theme in recent years, as more and more medical evidence sheds light on the potential long-term health impacts of a career spent on the football field where injuries are commonplace.

Even before a post-mortem, Adams’ alleged acts renewed these calls, if only because it has become an all-too-familiar reflex.

When they complete the autopsy of Phillip Adams they will more then likely find he had CTE.

I’d never let my nephews play football the long term consequences are to great a price to pay.

This is horrific. The first question you have to ask is if CTE is involved. https://t.co/dNMPN3pmvQ

“When they complete the autopsy of Phillip Adams they will more then likely find he had CTE. I’d never let my nephews play football the long term consequences are to great a price to pay,” commented one fan, while another said that their “first question” was whether or not CTE was involved.

One of the more notorious examples is that of Aaron Hernandez, the superstar New England Patriots tight end who was convicted of the murder of his associate, Odin Lloyd, in 2013, trading a career which promised more than a few Super Bowl rings for a life in the penitentiary and, later, his suicide.

Jovan Belcher, another former NFL player, also died in a murder-suicide in 2012 hours after shooting the mother of his child, 22-year-old Kasandra Perkins.

We have a gun problem in this country.

I don’t care if the shooter is white, black, or a zebra.
Something has to be done.

In both cases, autopsies confirmed that Hernandez and Belcher were suffering from undiagnosed CTE – with Hernandez’s later being described by one doctor as “the most severe case ever seen” in a person of Hernandez’s age at the time of his death, 27.

The symptoms of CTE include aggression, anger, volatility, poor impulse control and a tendency for rage behavior.

In the hours after the Wednesday’s shootings in South Caroline, Adams’ father hinted that his son was also suffering from similar ailments, telling local station WCNC that Adams was “a good kid” but that “football messed him up“.

However, the vacuum of information in the wake of the horrific shooting has also left room for further speculation, with others blaming the incident some of the other topics which periodically dictate US mainstream popular opinion: race and gun control.

Phillip Adams murdered a family, including two young children. And here’s how it works. If it’s a white guy, it’s immediately white supremacy. If it’s a black guy, he’s got CTE.

Where are the calls to end anti-white hate and violence?

“Why aren’t Democrats calling for an end to black supremacy after the mass murder this morning in South Carolina by black former NFL defensive back Phillip Adams?” said one person online, stoking the flames of high-profile incidents on American streets over this past year on either end of the political spectrum.

“Phillip Adams murdered a family, including two young children. And here’s how it works. If it’s a white guy, it’s immediately white supremacy. If it’s a black guy, he’s got CTE,” claimed another.

And as is so often the case in a society blighted by such overwhelming gun violence, the debate has also turned to the prickly subject of gun control – with the Adams story creating headlines at roughly the same time the US President Joe Biden joined with his Vice-President Kamala Harris and Attorney General Merrick Garland to announce new measures designed to curb gun violence across the country.

“I’m sure we’ll see a national plea for gun control after this, too!” another person clapped back online. “Just kidding, it will be forgotten by lunch. Wrong type of perp!“ 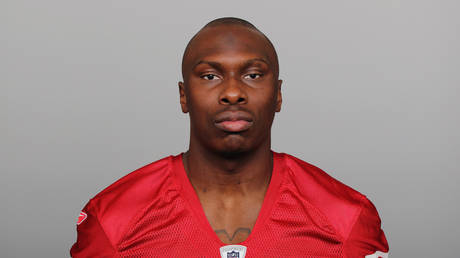