Just over a month away from the Stanley Cup finals, the Boston Bruins have been rocked with the news that their goaltender, Tuukka Rask, has decided to opt out of competition and leave the team bubble to return to his family.

Rask made his announcement on Saturday, confirming his departure just before their scheduled Game 3 of the first round.

“I want to be with my teammates competing, but at this moment there are things more important than hockey in my life, and that’s being with my family,” said the 33-year-old.

“I want to thank the Bruins and my teammates for their support and wish them success.”

The announcement stunned fans, coming as it did less than two hours before the Bruins’ third playoff game against the Carolina Hurricanes. Rask’s departure means Jaroslav Halak will deputize between the pipes for the Bruins.

Despite the abrupt decision, the Bruins have reacted calmly to Rask’s move, with the team’s general manager Don Sweeney telling NHL.com, “We understand completely where Tuukka is coming from.

“I don’t think it’s any big surprise to us, to be honest. We were privy to some information before the rest of the public.

“This has been a difficult decision for Tuukka. But the Boston Bruins are in full support of why he made this decision.”

Sweeney confirmed Rask’s motives for his departure, saying he needs to be with his young family during this tricky, COVID-19-hit, time.

“His family is safe and healthy,” he continued.

“But with a newborn and two other young girls, it’s been challenging. It’s nothing specific. Fortunately, his family is healthy.

“To have their dad back to be around on a regular basis is exactly what Tuukka needs to do at this point in time.” 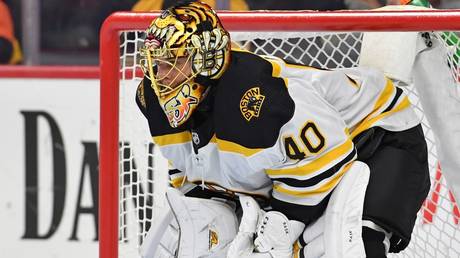