Jahreau Shepherd, a 30-year-old English MMA fighter, lost his life after he was the victim of a stabbing during a violent confrontation during his 30th birthday celebrations in a residential suburb of London late on Saturday.

Police arrived at the scene shortly after the incident which is understood to have occurred at around 10pm local time, where attempts were made to stem the bleeding, but the fighter was pronounced dead at the scene soon afterward.

Shepherd had been attending a barbecue as part of his birthday celebrations on a lawn in a residential estate. His mother is understood to have departed the scene prior to the incident taking place.

The victim’s cousin, Tanisha Shepherd, 27, told UK publication the Standard that she was also in attendance but also left early to care for her two young children.

“I was at the barbecue early in the evening but have two small children so had to go,” she said.

“Everything was fine when I left. Jahreau’s mother is not in a good place at the moment. She is devastated.

“Jahreau was amazing,” she added. “He helped everyone, he would do anything for anyone. He lived and breathed fighting. He was so looking forward to the gym opening again after the lockdown and was lining up a fight.

“He had everything to live for. He helped keep the young people on the straight and narrow and was a role model.”

Man, I’ve just seen the news of Jahreau “The Nightmare” Shepherd’s passing. Reports say he died as the result of a stabbing in south London. He was 30.

I only interacted with him on a few occasions but he was a great guy.

Awful, awful news. My heart goes out to his loved ones. pic.twitter.com/UO3UFTMFqX

Scotland Yard has launched a murder investigation, though there have been no arrests made as of yet.

“I will do all I can to get justice for this family, and, along with colleagues from my homicide teams, I will use every available tactic to find whoever is responsible for this terrible attack,” Detective Chief Inspector Dave Whellams of the Metropolitan Police Specialist Crime Unit said.

“A man has lost his life and a family has been left suffering unimaginable grief because of the callous use of a knife to inflict fatal injuries.”

A shrine devoted to the memory of Shepherd has been made at the scene of his death, with wreaths of flowers left in tribute to the fighter – nicknamed “The Nightmare” – alongside photographs of him holding championship belts won in mixed martial arts competition.

Jeremy Petley, coach at the London Fight Factory where Shepherd training, also paid tribute to his student, saying: “Jay was a great friend, fighter, training partner, coach and team member, and his sense of humour, positive presence and wonderfully loud laugh will be very much missed.“

Shepherd last fought in February where he earned a decision win against Quinten de Vreught. It was his fourth successive win and he held a professional career record of 6-2. 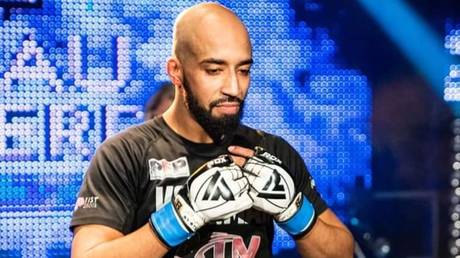