Premier League winner Antonio Conte is said to be one of eight investors pursuing millions from an investment manager in London, where the Inter Milan coach’s former flat is reportedly among a range of assets to have been frozen.

Conte is thought to have invested more than $35 million with Kidman Asset Management, a company allegedly run by former HSBC managing director Massimo Bochicchio, after being appointed by Chelsea chief Roman Abramovich in 2016.

The 51-year-old Europa League finalist with Inter is said to have taken legal action against Bochicchio and the company after failing to receive promised returns on hefty investments, resulting in $61.4 million of assets belonging to the banker being frozen, according to The Times.

Properties in Miami and Italy, cash in accounts with Credit Suisse and HSBC and the flat in west London where Conte used to live are among the assets involved.

Conte’s brother, Gianluca, is said to have occupied the flat since the former Italy midfielder left for Milan.

Judge David Foxton granted the freezing order after ruling last month that Bochicchio had breached the terms of eight settlement deeds agreed with the eight investors in May.

The court heard that investors had been told their money was guaranteed by HSBC, with Conte showing the judge a fake document purporting to be from the bank.

The claimants said that Bochicchio had failed to provide statements, books and records from the management company, as well as documents clarifying the role of any third parties in the investments and the products the money went towards, according to the lawsuit.

They alleged that no documents identifying the bank accounts where their cash was held had been produced.

Bochicchio could now face a fail term, fine or asset seizures, and is also the subject of a complaint by an Austrian philanthropist over the alleged disappearance of a $3.7 million sum paid into a UK branch of Credit Suisse.

Leona Koenig, the founder of a charity for musically gifted children, has applied to the High Court for information about the account, which she is said to have believed would yield high return investments.

Chelsea were rumored to have handed Conte the most lucrative contract of any manager in the club’s history in 2017 after he was offered a salary of more than $16 million a year by Inter, who he eventually joined a year later.

Club accounts showed that Conte’s sacking in 2018, after he guided his side to FA Cup glory but failed to qualify for the Champions League, cost a total of around $35 million.

Neither Bochicchio nor Kidman were available for comment, The Times said. 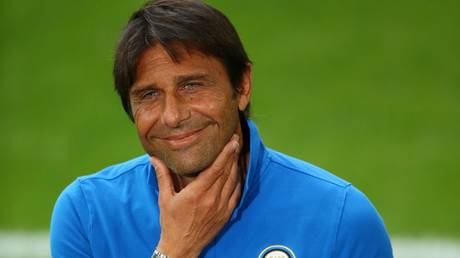 Zoom DOWN – popular video app not...