Former Russian figure skater Betina Popova continues to reveal the seamy side of her professional career, with new details about her struggles on the ice.

The ice dancer announced her retirement from the sport in February said she was constantly forced to lose weight to make sure her partner could lift her while doing obligatory technical elements.

“I have been constantly told to lose weight since the age of 12. This was the main argument to scare me that my partner would leave me. ‘How will he be able to lift you?’” Popova said.

The 23-year-old stressed that she put her health at risk while trying to lose a few extra pounds, which she thought was inappropriate for a professional figure skater.

“I was forced to constantly lose weight. I even took medicine – some pills which dehydrated my body. I could run for four hours without stopping and wrap my body with a thin film.

“Of course, it negatively impacted my skin, heart, and my body in general. I was afraid to check my weight: every extra 100g was a punishment. I had eating disorders,” the former skater added.

Popova skated with Yuri Vlasenko before teaming up with Sergey Mozgov in 2016. Along with her new partner, she won the 2019 University Games and won bronze at the Junior Grand Prix.

The couple finished fourth twice at national championships, just missing out on the top three which would have allowed them to take part in major international events.

Popova and Mozgov announced their retirement midseason after missing the Russian nationals due Mozgov’s injury. 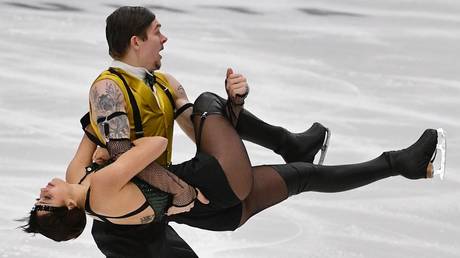 Fishy excuse? Denmark could use SP...

This Google Chrome update can boos...