The footballer was filmed mimicking sexual contact with his Iranian teammate in Zenit’s dressing room when the players were vigorously celebrating winning the Russian Premier League title.

Wearing only his underpants, the striker grabbed Azmoun around the neck from behind and waved his crotch towards him in a crude gesture that was soon picked up on social media.

When asked by a journalist after Zenit’s game against Sochi on Tuesday – their first since winning the title – what his behavior was meant to be, the footballer joked that he was just trying to build international ties with Iran.

“We were building international connections. Russia and Iran, 1-0,” the player quickly replied before heading to the dressing room. 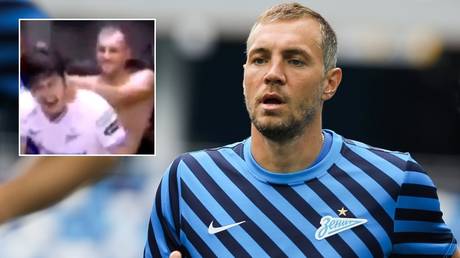 Who is Oliver Dowden and who’s his...