England stars Tammy Abraham, Jadon Sancho and Ben Chilwell will not be investigated by the police for breaking Covid-19 rules at a party on Saturday, but they have been dropped for the team’s friendly with Wales on Thursday.

Footage emerged of the trio partying with around 20 people in Abraham’s London flat on Saturday night, less than 36 hours before they were due to link up with the rest of the England squad at St George’s Park on Monday.

Current guidelines in England prohibit gatherings in excess of six people and those found flaunting the rules could be fined up to £10,000 ($13,000).

Per Sky Sports, the Metropolitan Police Service explained in a statement on Tuesday that no action would be taken against the players or the other attendees, though:

“As a matter of course the MPS is not investigating COVID-related issues retrospectively.

“Where we become aware of a breach occurring, officers will seek to engage, explain and encourage people to follow the rules, only enforcing as a last resort.

“Therefore, it would not be appropriate or an effective use of resources in most circumstances to investigate or pursue enforcement. We encourage everyone to make themselves aware of, and to follow, the rules.”

Abraham said the party was a “small surprise gathering” for his 23rd birthday, which he celebrated on Friday, that was thrown without his knowledge.

“I would like to wholeheartedly apologize for the naivety shown for the organization and attending of this gathering,” he added.

Their contrition has not been enough to placate manager Gareth Southgate, however, who is said to be “furious” over the incident.

The FA, who are investigating the rule-breach, have instructed the trio to stay away from the England camp and as a result they’ll miss being tested on Tuesday.

As such, they’ll fail to meet UEFA’s deadline of being tested two days before Thursday’s match at Wembley Stadium.

They could yet feature in the UEFA Nations League clashes against Belgium and Denmark on Sunday and Wednesday, respectively, if they’re tested on Friday, but Southgate hasn’t decided whether to reintegrate them into the squad or drop them entirely.

Southgate sent home Mason Greenwood and Phil Foden last month after they invited two women to the team’s hotel in Iceland, breaching the Three Lions’ bio-secure bubble, and the pair were left out of the squad for this international break.

Following that incident, he is said to have specifically warned the squad against breaching coronavirus rules. 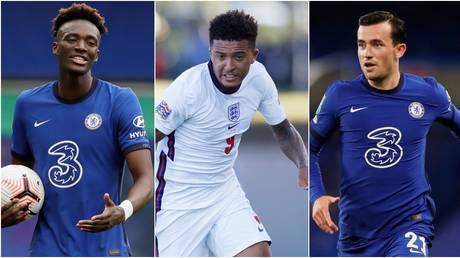