It may seem bizarre, but the UFC’s women’s featherweights need to be begging all-conquering champion Amanda Nunes NOT to retire after Dana White hinted the division may not survive if she hangs up her gloves.

Speaking to reporters ahead of UFC Vegas 3 at the UFC Apex, White chatted about a wide range of topics, but the one that would have alarmed the handful of 145-pound female fighters on the roster came when White was asked about Nunes’ current situation, and what might happen to the division if she called it quits.

“I hope she doesn’t,” admitted White, who joked earlier in the week that he would “kill” the Brazilian two-division champion if she decided to walk away from the UFC at the height of her fame.

“She’s one of my favorite people ever.”

Nunes totally dominated former Invicta FC champion Felicia Spencer in her most recent title defence as she further cemented her dominance of the UFC’s heaviest female weight class with a landslide decision victory over the Canadian contender.

It was a performance that showed that the gap between Nunes and the rest of the UFC’s featherweights is a huge chasm, and White admitted that the future looked uncertain for the division if Nunes opted to walk away from the sport now.

“After a performance like that I’d hate to think that she’d want to retire,” he said.

“But if that’s true and that’s where she’s at right now, then she probably should.”

That led a reporter to ask White if there would still be a featherweight division if she retired, leaving White to issue a reply that must leave the rest of the UFC’s female featherweights more than a little concerned.

“Probably not,” he stated.

“I literally just told the (matchmakers) the other day to build that division up. Let’s start signing girls, start building the division.

“Now the girl’s talking about retirement, so apparently we gotta get on the same page and figure this thing out.” 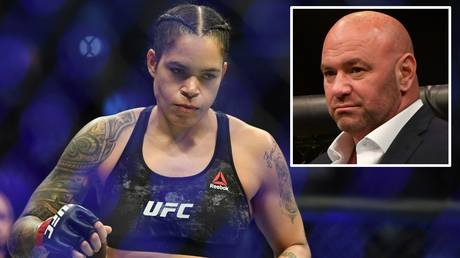