Norwegian cross-country skiing champion Petter Northug has admitted to having a serious drug and alcohol addiction, and says he needs professional help to deal with his problems.

The two-time Olympic champion said he “reached the bottom of his life” after being caught driving under the influence of drugs last week.

A medical check revealed the presence of cocaine in the athlete’s blood. Police officers searched Northug’s home soon after the incident and found cocaine.

“I have a serious addiction problem which involves alcohol, drugs and pills in connection with periodic hard fasting lately. And there has been a lot of hard partying lately,” Northug said.

“I’m desperate. I have reached the bottom of my life, and realize that I need professional help,” he added.

The renowned skier revealed he didn’t take drugs during his illustrious professional career, with the substance abuse problem emerging only after retirement.

Northug said his first encounter with cocaine took place in winter 2019, when he started to take it at parties. But soon his addiction became worse, with serious consequences.

In 2014, the champion skier was sentenced to 50 days in prison and ordered to pay a fine for crashing his car while driving drunk.

Last week, he was charged with multiple violations, including drunk driving and possession of cocaine, after being detained by police during a speed check.

Northug admitted his guilt, asserting that he is going to “take responsibility” for his actions. 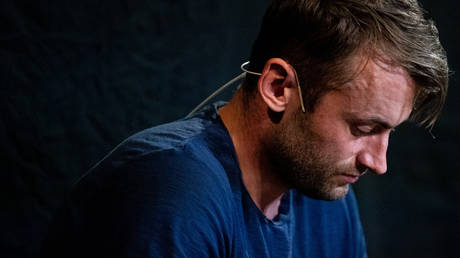