Larin’s success follows on from that which Maksim Khramtcov enjoyed yesterday when defeating Jordanian Saleh Elsharabaty.

In turn, Khramtcov won Russia’s first ever men’s gold medal in the martial art – this time in the -80kg category – with these feats collectively causing Russia’s Match TV to ask “Taekwondo what are you doing with us?”.

But Larin’s finals rival Dejan Georgievski also made history for his own country by scooping their first-ever silver in any Olympic competition.

At the end of Day Four of the postponed competition, hosts Japan lead in the medal table with 18 medals overall boosted by 10 golds.

They are followed by the USA (nine golds and 25 overall) and China (nine golds and 21 overall), as the Russian team (competing as the ROC) have already achieved an impressive seven golds while matching Japan’s total tally. 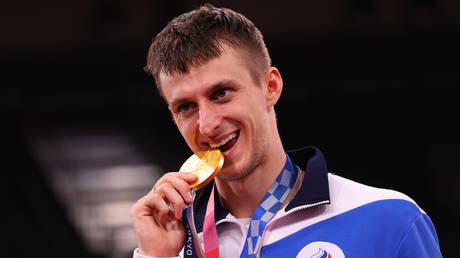 Britain’s economy to bounce back f...