A new study has named the Premier League’s 10 “most trolled players” on social media, with Marcus Rashford topping the list of footballers who are on the receiving end of abuse from fans.

Rashford, whose work earlier this year to help provide free school dinners for children and combat child poverty in the United Kingdom received praise from all quarters, is the footballer who receives the highest percentage of negative tweets, according to the study.

This comes just months after the Professional Footballers’ Association said that an increasing number of young players are deleting their social media accounts due to the sheer volume of insulting or demeaning messages they receive.

Earlier this year, Michael Bennett, director of player welfare for the PFA, said the omnipresent nature of social media creates an environment in which players cannot escape abuse levied at them from anonymous figures online.

“I’ve spoken to players who’ve deleted their accounts,” Bennett said at the time. “That’s just because of the barrage they get.

“You think about it, some of these players have 50, 60, 100,000 followers, and if you’re getting negative feedback from a large proportion of those individuals, it’s going to affect you.”

According to Compare.bet, an incredible 28.5% of tweets sent to Rashford were negative in nature, with Manchester City’s Raheem Sterling following close behind with 24.7%.

The study comes after it was recently revealed that youngster Neco Williams of Liverpool and Aston Villa duo Henri Lansbury and Anwar El Ghazi have deleted their social media profiles after receiving abuse from supporters.

This past summer, former Arsenal and England striker Ian Wright revealed screenshots of some of the racist abuse he says he regularly receives online. An Irish teenager was subsequently questioned by police in relation to the incident.

“This is what I received for posting and talking about ‘Black Lives Matter’ yesterday. The abuse started a week earlier, the taunting is terrifying. Coming back and back again.” 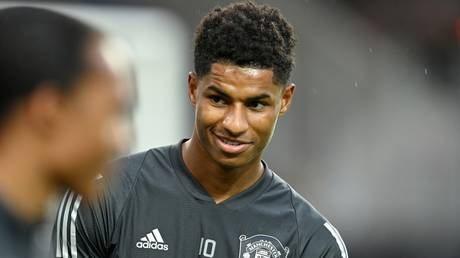 New furlough scheme to give worker...