Two of the Premier League’s most respected bosses have criticized the Court of Arbitration for Sport’s decision to accept Manchester City’s appeal against Financial Fair Play breaches and reverse the club’s two-year UEFA ban.

City were successful in their appeal against the decision to ban them from UEFA competition for two years after the club was found guilty of breaching Financial Fair Play (FFP) rules by disguising equity funding as sponsorship revenue.

However, the Court of Arbitration for Sport (CAS) ruled that no breaches had taken place, meaning City’s UEFA ban would be overturned, allowing them back into European competition.

Spurs boss Mourinho slammed the decision and questioned City’s financial penalty, saying, “It’s a disgraceful decision because if City are not guilty then they should not be punished with the fine.

“If you’re not guilty you shouldn’t have a fine. If they are guilty the decision is also a disgrace and they should be banned from the competition. I don’t know if City are guilty or not, but either way it’s a disgraceful decision.”

“I think this is going to be the end of Financial Fair Play because there is no point,” Mourinho said.

“I would like to see it used in a proper way. At this moment we are talking about Man City but in the past other clubs were in a similar situation.

“I think it’s better to open the circus door and let everybody enjoy.”

The news was also met with dismay by Liverpool boss Klopp, who stated, “I don’t think it was a good day for football yesterday, to be honest.

“FFP is a good idea. It is there for protecting teams and the competition so that nobody overspends and have to make sure the money they want to spend is based on the right sources.

“It’s not up to me to judge this and I don’t, but I think this FFP framework we should stick to.

“I hope FFP stays just because it gives kind of borders that you can go to, but not over it, and that’s good for football.

“If you start doing that nobody has to care anymore and the richest people or countries can do what they want.

“It will make the competition really difficult and I think that would lead automatically to a kind of world super league with like 10 clubs and it would depend on who owns the clubs and not the names of the clubs. It makes sense to have these rules.” 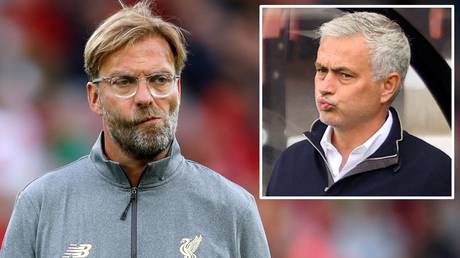