Despite trending again on Twitter, NFL outcast Colin Kaepernick looks as unlikely as ever to make a comeback

Despite trending again on Twitter, NFL outcast Colin Kaepernick looks as unlikely as ever to make a comeback

Amid renewed speculation that he may make a comeback to the league which banished him, Colin Kaepernick’s fans had best not hold their breath that they will see the social justice activist back on the gridiron anytime soon.

As soon as Joe Burrow, the Cincinnati star unanimously seen seen as the finest quarterback prospect in several years, went down during Sunday’s game with the Washington Football Team with a torn ACL attention quickly turned to the identity of the man set to replace him.

News editors, as they have done every time a big-name quarterback is consigned to the sidelines by injury, hurried to dust off previously written copy about a former 49er whose talent deserves a roster spot in the NFL but whose profile rules it out.

And now, with column inches gathering at pace and his name trending on Twitter, Colin Kaepernick remains no closer to making a return to a sports league which has made clear it doesn’t want him, no matter how shrill the cries of his supporters are in their search for a redemptive third act in Kaepernick’s career.

His story has been told at length in the past three years, and needs little repeating here. Suffice to say, a protest which began on the sidelines before an NFL game quickly amplified to the larger United States society. It provoked endless bluster from the Oval Office, and prompted the sitting Vice President, Mike Pence, to storm out of a game involving his home state Indianapolis Colts in a carefully manicured PR stunt.

In May, Kaepernick’s ‘take a knee’ protest graduated to become a near-global phenomenon in the wake of the death of African-American man George Floyd while in police custody in Minnesota. Shaky cellphone footage of Floyd’s prolonged punishment at the hands of police cast Kaepernick in a new light – which leads to more shaky cellphone footage, this time from (sometimes violent) protests in Floyd’s name.

Soon, the same league which initially distanced itself from Kaepernick’s kneeling protest began to encourage it. Some players still take a knee before games in the NFL, and the same is happening in most major European soccer leagues – and in various other sports too.

I want to live in a country where Colin Kaepernick is seen as a hero and Kyle Rittenhouse is seen as a terrorist. https://t.co/2hSX0Nz2lR

So-called patriots raged when Colin Kaepernick knelt in protest during the national anthem. Trump has crapped on, shredded, and set fire to the flag over and over in the name of self-interest, greed, and racism, and the same folk sit silently by letting democracy die.

I appreciate Colin Kaepernick’s efforts to bring light to police killings of unarmed Black people. He’s a legend for that alone.

But I’d LOVE to see my Cincinnati Bengals buck the system, and bring him in at QB to finish out the season for an injured Joe Burrow.

And so, in the soon-to-be Trumpless United States and with his profile having been given a veil of prestige, many have asked the question if the timing is right for Kaepernick’s cathartic return. The answer now, and forevermore, is no.

It would have happened already if it was going to. Last year, Kaepernick was appraised by several teams ahead of the possibility of signing him to a deal. There were no offers. Again, just prior to the delayed 2020 season reports stated that Kaepernick’s agent made tentative enquiries with a number of teams. Again, no offers were forthcoming.

One half of this can certainly be explained by teams being unwilling to take a chance on a 33-year-old quarterback who hasn’t played in the league in three years, but the other half is likely due to the scrutiny teams would face as soon as a deal is agreed. What’s more, teams will have (correctly) realized that Kaepernick is now more famous (infamous?) for things he has done off the field than on it.

So, despite Kaepernick’s potential reinstatement fitting somewhat snugly into a socially just world view following the ouster of Donald Trump from the Oval Office in this month’s presidential election, as well as the style of protest he popularized going global, Colin Kaepernick’s fans had best not get too swept up in speculation as to his potential return to action – now or in the future. 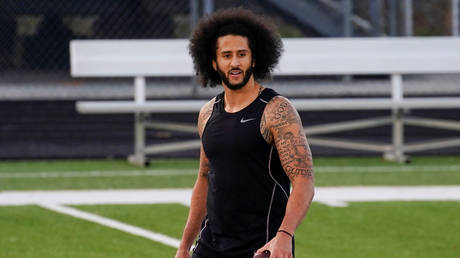