The head coach of the British gymnastics team, Amanda Reddin, has temporarily stepped aside after multiple allegations of physical misconduct and abuse were levelled against her.

Several elite gymnasts, including Olympic bronze medalist Amy Tinkler, claimed to have been subjected to constant abuse and physical mistreatment while performing for the national team under Reddin’s guidance.

READ MORE: ‘Just the tip of the iceberg’: More than 160 cases of British coaches having sex with teen athletes revealed

“On Friday, and only in response to media pressure, I was emailed informing me that my complaints had been dealt with and the matter closed,” Tinker wrote on Twitter, informing her followers that British Gymnastics had snubbed her complaints about Reddin.

“The way I received this information made me sick. It reinforced mine and every gymnasts’ fear, which is that their complaints aren’t dealt with fairly and independently. This is why we don’t speak up. This is why we suffer in silence. We know that to speak up is a pointless, career-ending task.”

Rio Olympian Ruby Harrold, who also accused Reddin of bullying and using excessive force during training, revealed that she and other gymnasts were given small portions of food in a bid to lower their weight.

“How would you feel if you were 21 years old, being given ultimately a baby plate to eat off? It’s demeaning… it’s unhealthy,” the gymnast said.

British Gymnastics has opened an independent investigation to probe claims into Reddin’s misconduct, which the coach has denied.

“I completely refute these claims. It is wrong that my reputation within the sport that I love is now subject to a trial by media rather than through the proper processes,” she said. 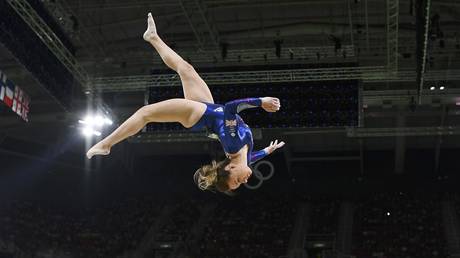