A celebrity death list that has named Kobe Bryant alongside the likes of Michael Jackson and Elvis Presley has been condemned by stunned readers, accusing financial site Forbes of disrespecting the late NBA star’s name.

The business magazine, which is known for its detailed rich lists and financial expertise, compiled its annual list of “dead celebrities” who were “making a killing in the afterlife” in a lineup of earnings from beyond the grave for the year to October.

With fans still in shock at Bryant’s death at the age of 41 alongside one of his daughters, Gianna, in a helicopter crash earlier this year, the gossip-style piece placed the Los Angeles Lakers legend at number six on the list.

Rating his wealth at $20 million under a picture of Bryant playing for the Lakers, the feature named his cause of death and made references to increased sales of his merchandise and autobiography following his untimely passing.

After the Lakers legend died in a helicopter accident in January, Nike sold out its Kobe Bryant merchandise. Fans also made a fast break for his autobiography, which sold more than 300,000 copies this year pic.twitter.com/e4Sgta4zdQ

Kobe is so much more than a “dead celebrity”. Stop disrespecting a legend. 😡

Fans on Twitter quickly rounded on the round-up, describing it as “cringey”, “trash”, “bullsh*t” and “another level of f*cked up”.

Bryant was ranked alongside Juice WRLD, a rapper who died of an overdose a month before him at the age of just 21.

“Come the f*ck on,” one angry critic retorted. “Delete this. What the f*ck is wrong with you?”

This a lil cringy

The lack of respect and decency is astronomical… pic.twitter.com/0pXqzx2pUO

The fact that this is a headline and that is a list is absolutely ghoulish. Let his family have a chance to mourn. https://t.co/VvrwhKXicJ

Another thundered: “The fact that this is a headline and that is a list is absolutely ghoulish. Let his family have a chance to mourn.”

Vanessa Bryant, Kobe’s wife, is still embroiled in cases including a lawsuit for wrongful death against the helicopter operator which was moved to a federal court last month.

She filed against the Los Angeles County sheriff in September, claiming that deputies had shared unauthorized photos of the crash that killed her husband, their 13-year-old daughter and seven others.

This is wrong. Delete this 🙄

The Hollywood, celebrity and entertainment writer who wrote the list promoted a tweet by another Forbes writer about the list that declared: “I’ll get rich when I’m dead.”

A reader responded to the endorsement: “Wow. Great info. Anecdotal but useful.”

Golfer Arnold Palmer, who Forbes reported had earned $25 million posthumously in 2020, was also on the list, which was said to have been compiled with the help of data and interviews with industry insiders.

King of pop Michael Jackson led the way more than 11 years after his death, with a suggested income for the year of $48 million. 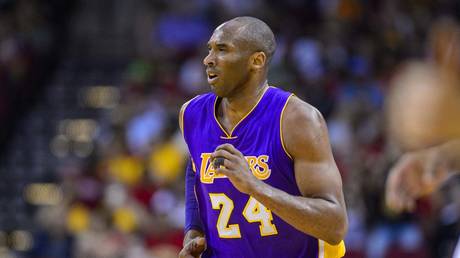