Perry, long considered to be one of the UFC’s more colorful characters, has taken something of an unconventional route in organizing his coaching ticket recently. His last fight, a win against Mike Perry, saw Gonzalez as the only member of his corner team – but perhaps sensing a financial opportunity, ‘Platinum’ announced this week on social media that he was crowd-sourcing an additional corner coach, with the highest bidder to an online auction being granted the role.

READ MORE: ‘How much will someone pay me to throw the towel in?’: Darren Till trolls Mike Perry after he offers $5K to corner UFC rival

This led to some hilarious responses, with Perry’s UFC rival reportedly “deadly serious” with an offer of $5,000 – but he wasn’t alone in wanting to get in on the action.

Pornographic actress and known fight fan Kendra Lust announced her own offer on social media soon after Till, saying that she would bid $6,000 to be granted access to Perry’s corner team and also saying that she would partner with Till, while also covering the Englishman’s travel expenses.

How is this a real sport pic.twitter.com/CTZLK9YcXo

Perry’s girlfriend, though, isn’t too enamored with the idea. Responding in a Twitter thread soon after Lust’s offer, abruptly tweeting, “Definitely not.”

“I would like to formally extend an bid of $10,000 to have a CamSoda cam model join you and your girlfriend Latory (who we know was in your corner for your last fight) for your upcoming bout,” the company’s vice president Daryn Parker wrote in an open letter to Perry.

“What better way to represent the ‘RawDog’ brand than two smokeshows coaching you up and rubbing you down in between rounds?“ 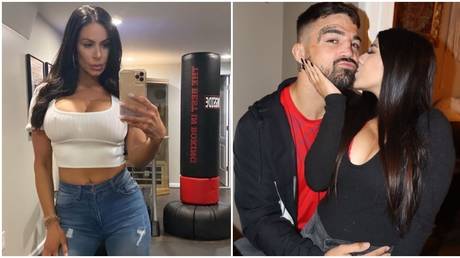