The model – and mother of Ronaldo’s daughter – demonstrated her booty dance, effortlessly shaking her butt cheeks before having an outdoor workout.

“When you want to train and have fun,” Rodriguez captioned the video, which she shared on her Instagram page, triggering praise from her huge army of followers.

The 26-year-old posted the video of her intense workout with kids riding electric cars in the background.

Juventus superstar Ronaldo has been with Rodriguez since 2016, after breaking up with long-time partner, Russian model Irina Shayk.

The couple met at a Gucci store in Madrid, Spain where Rodriguez was working as a shop assistant.

In 2017 the Spanish-Argentine model gave birth to the couple’s daughter Alana Martina, and is also helping to raise Ronaldo’s other three children. 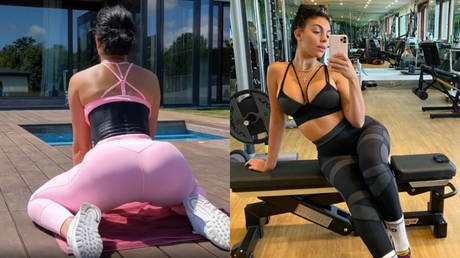 'We will continue to speak wi...