Close
Trending News
HomeSportCristiano Ronaldo travel agent sentenced for scamming superstar out of near $340,000 after being given virtual credit card & code

A travel agent who conned Cristiano Ronaldo out of close to $340,000 and scammed his agent and ex-Manchester United teammate Mani has been handed a four-year suspended prison term.

Maria Silva, 53, was sentenced in a ruling in Porto following a scheme that also cheated super-agent Jorge Mendes out of more than $19,000 and embezzled more than $2,000 from Nani, according to a report.

Ronaldo was spared having to attend Silva’s trial after she made a full statement confessing to her crimes, although the five-time Ballon d’Or winner did provide his own statement with his lawyer Carlos Osorio de Castro after flying to the coastal city by private jet and visiting a police station by a back door, Portuguese newspaper JN has said.

The outlet detailed how greedy Silva abused the trust Ronaldo placed in her when he provided his credit card details and PIN code.

It is alleged that the racket involved around 200 trips that the 36-year-old never made to destinations around Europe, Africa, and the US.

The fraud was carried out by persuading other clients to transfer cash for itineraries she organized for them to her personal bank account instead of her travel agency’s business counterpart.

She would then invoice the trips to victims including the four-time Champions League king in order to “fill the hole” left her in her company’s accounts.

The newspaper said that Silva adopted the same tactics to rip off Mendes, Nani and ex-Everton midfielder Manuel Fernandes, who now plies his trade in Turkey.

To avoid going to prison, Silva will pay compensation to former employers Geostar, who have already refunded their clients for the money they were wrongly duped out of.

Ronaldo became the victim of the scam over a three-year period which stretched from February 2007, while he was playing for Manchester United, to July 2010, when he had just joined Real Madrid in a world-record transfer.

The report said that the fraud was uncovered when the credit card Ronaldo had provided to the travel agent expired.

She is said to have originally been questioned by police in 2013, declining to comment at the time before making her confession in court. 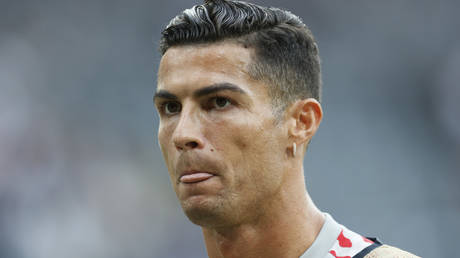 How to connect Xbox controller to...

What is Sky Glass TV and how much does it cost? Release date is TODAY