An Italian sports attorney is reportedly investigating the incident after Juventus let seven players join their national teams, despite having strict coronavirus restrictions in place.

READ MORE: Ronald-oh no! Burglar raids Cristiano Ronaldo’s SEVEN-STOREY home while he is on international duty with Portugal

The players and staff members were living in a bubble within their camp at Continassa when several team members, including Ronaldo, Paulo Dybala, Juan Cuadrado, Danilo and Rodrigo Bentancur departed to join their national teams without awaiting their Covid-19 test results.

Juventus which sent a report to the local health unit, reportedly said that it was each player’s individual decision to leave the bubble.

“The club itself told us that some players had left the place of isolation and therefore we will notify the competent authority, that is the prosecutor, of what happened,” said Roberto Testi, a director of the health authority in the Piedmont region.

The official added, however, that the players will more likely avoid serious sanctions, with a fine being the most likely punishment for the Covid-19 protocol breachers.

“I don’t think anything serious has been committed and, if someone were to take a private flight, maybe they’ll pay a fine and I don’t think any players will have problems doing it,” he added. 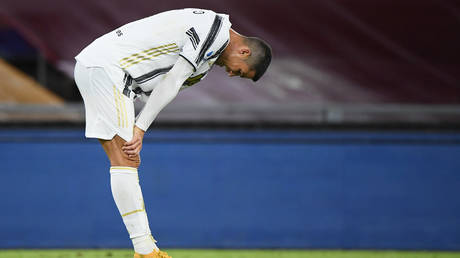 No hot water, working out with roc...