The Premier League’s safeguards against COVID-19 have been called into question as Liverpool’s star forward Mo Salah was granted permission to return to training just five days after last testing positive for the virus.

Salah’s diagnosis with the potentially fatal illness was cloaked in smoke and mirrors from the off. While on international duty earlier this month, the Egyptian FA tweeted that their prized asset had tested positive for COVID-19, only to swiftly remove the social media message and replace it with another saying that three players were to receive a retest, without mentioning Salah by name.

After the former African Player of the Year was confirmed to be suffering from the virus, questions were soon raised about Salah’s attendance at the wedding of his brother Nasr after images and video of the event showing dozens of maskless revelers – Salah included – dancing and embracing. This was speculated as being a potential cause of Salah coming down with the illness.

Despite footage appearing as close to a “smoking gun” as one might be able to imagine, the mayor of Salah’s hometown, Maher Shtiyah, attempted to explain away any transgressions, saying that social distancing was maintained and that Salah only removed his facemask to pose for photographs.

Salah last tested positive for coronavirus a week ago but was granted permission to return to training on Monday – just five days after he was last confirmed as a carrier – and is expected to feature for Liverpool in Wednesday evening’s pivotal Champions League tie with Italian side Atalanta.

But how is this possible amid Premier League guidelines which state that a player is not eligible to play, or even train, until 10 DAYS after a positive test? Well, this can be put down to what can charitably be described as a “loophole” in the Premier League’s dictum.

As noted by The Sun, the rules appear to have been massaged to mean that a player is eligible to return ten days after FIRST TESTING POSITIVE. While Premier League rules say what they say, the official guidelines put forth by the UK government stand in direct opposition to them, stating that there must be no positive tests for a ten-day period.

However, while Salah’s speedy return does seem ethically dubious, no official rules have been broken as outlined by both the Premier League and UEFA, but it leaves open the argument that some players can be fast-tracked back to action by Premier League powerhouses looking to take advantage of the accepted rules.

As the Premier League – and the sports world as a whole – continues to grapple with the impact of the coronavirus, sports chiefs can find themselves in dangerous territory and open to accusations of perceived favoritism towards the biggest teams and the biggest players.

The rules, specifically in the time of a global pandemic, are supposed to be equal for everyone. If there has one thing we have learned from modern-day sport, though, it is that some teams will always be a bit “more equal” than others. 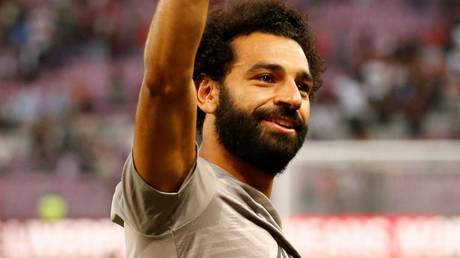