Barcelona have announced a net loss of €97 million ($114 million) for the 2019-20 season after their debt more than doubled, in part due to the financial impact of the COVID-19 pandemic.

The Blaugrana released their financial figures in a statement on Monday and it did not make happy reading for supporters of the club.

Barca revealed they had forecast revenues of an estimated €1.059 billion for last season had the pandemic not hit, but their income actually came in at €855 million.

The club endured a significant loss of matchday revenue as they had to finish the campaign without fans at the Camp Nou, while a reduction in tourism also impacted their finances as it meant fewer visitors to the stadium and official club shops.

Barcelona’s accounts up to June 30, 2019 showed debt of €217 million, and that figure has more than doubled to €488 million in part due to Covid-19, as well as a €109 million investment in their Espai Barca project to redevelop the Camp Nou.

The club also “conveyed the importance of keeping its salary-revenue ratio within the limits recommended by the various sports bodies, and has therefore emphasised the work done in this department and also the next steps that need to be taken in order to achieve this goal, given the significant drop in revenue that the club and the sector are experiencing.”

Barca have been active in offloading a number of first-team stars this summer in order to trim their wage bill.

Luis Suarez and Arturo Vidal were allowed to join Atletico Madrid and Inter Milan, respectively, on free transfers despite still having a year remaining on their contracts, while Ivan Rakitic returned to Sevilla for an initial fee of just €1.5 million.

Arthur Melo, Nelson Semedo, Carles Perez and Marc Cucurella are also among the departures this summer.

In Arthur’s case, he was sold to Juventus for €72 million while Miralem Pjanic went in the other direction for a €60 million fee, not including the €10 million and €5 million that could be paid in potential add-ons, respectively.

Per ESPN, the deal financially benefited both clubs as they were able to include the full income from the deals in their books before the financial year came to a close at the end of June, but the expenditure is amortized over the duration of the players’ contracts.

Barcelona will be hoping to regain their La Liga title this season after losing it to Real Madrid in the last campaign. The Catalan giants accrued just 82 points last season, their lowest total since 2007-08.

They’ll also be hoping for success in the UEFA Champions League, a competition they’ve not won since 2015, having been humiliated 8-2 by Bayern Munich in their one-legged quarterfinal in August. 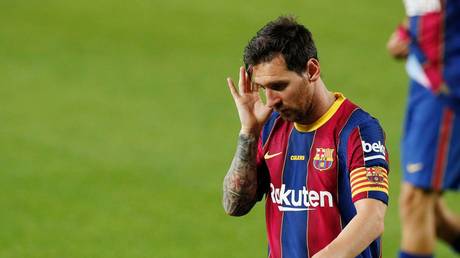 Sheep, squirrels and even hamsters...