Close
Trending News
HomeSportClassic American exceptionalism? US clashes with WADA after anti-doping body notes majority of athletes are outside regulations

Classic American exceptionalism? US clashes with WADA after anti-doping body notes majority of athletes are outside regulations

Classic American exceptionalism? US clashes with WADA after anti-doping body notes majority of athletes are outside regulations

Relations between the US and the World Anti-Doping Agency (WADA) have drastically deteriorated after the body confronted US demands to make reforms and vowed to impose sanctions if America withdraws funding.

The row erupted in June, after the White House’s Office of National Drug Control Policy (ONDCP) presented a report to the US Congress which claimed that WADA needed immediate changes and reorganization.

READ MORE: ‘The consequences could be severe’: American athletes may be barred from Olympics after US threatens to withhold WADA cash

The US threatened to quit funding the body if not given greater representation in the anti-doping organization, along with a “proportionate voice in decision-making.”

Reacting to the demands, WADA president Witold Banka said that the threats could lead to the country’s expulsion from international sporting events, including the Olympic Games, which are guided by the anti-doping watchdog.

The tensions, which subsided somewhat over the past months, rekindled on Thursday during a virtual Foundation Board meeting, with WADA announcing it had prepared two budgets for 2021 – one with the US funding and one without it.

The WADA Executive Committee and Foundation Board also discussed possible sanctions to member countries for unilaterally withdrawing agreed funding, something that the US saw as a “personal attack on the country.”

“The United States strongly opposes any attempt to amend the Code to penalize public authorities that decide to withdraw funds from WADA,” ONDCP spokesperson Anthony Jones told the Foundation Board.

“We view this as an affront to the sovereignty of the law of public authorities and it would undermine the legitimate authority of governments to independently evaluate whether to spend public funds,” he added.

WADA also voiced concerns about implementation of the Rodchenkov Act, which will make doping in international sports a criminal offense, saying that it will not be applied to US professional leagues.

“The major leagues and college sports the majority of US athletes around 80 to 90% are outside the WADA regulatory regime and anti-doping Code requirements,” Banka said.

“I am concerned these athletes will not be covered by the Rodchenkov Act that was made possible by an initial amendment to the bill.” 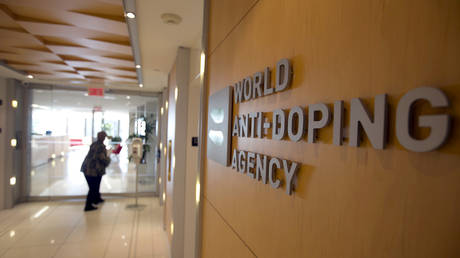