Chelsea ‘won’ the transfer window thanks to Abramovich’s big spending. Now Lampard needs to bring success of a tangible kind

Chelsea ‘won’ the transfer window thanks to Abramovich’s big spending. Now Lampard needs to bring success of a tangible kind

The transfer deadline has now passed and it’s fair to say Chelsea had the most eye-catching window in the Premier League with the arrival of several marquee signings – but the hard work for manager Frank Lampard is just beginning.

Faced with the prospect of a transfer ban after Maurizio Sarri left the club for Juventus last year, the Blues turned to Lampard.

Their decision to do so was undoubtedly due to his status as a club legend, given he had just one year of managerial experience and his Derby County side – though they reached the playoff final – had not even achieved promotion.

After Eden Hazard was sold to Real Madrid last summer and the Belgian could not be replaced due to the ban, it was easy to forgive any missteps made by the erudite and affable coach as he assembled a promising crop of largely homegrown youngsters at Stamford Bridge.

He also guided Chelsea to the FA Cup final – albeit they were beaten by Arsenal – and secured UEFA Champions League football, although that was as much down to Leicester City’s collapse in the second half of the campaign as it was their own form.

With the club able to buy players again, Blues owner Roman Abramovich dug deep to provide Lampard with more than £200 million ($260 million) worth of reinforcements this summer.

Abramovich’s backing has significantly improved the quality in Chelsea’s squad, but it also presents a new challenge.

With that amount of backing there are no excuses now for Lampard not to deliver success at Stamford Bridge, and he’ll also have to contend with the prospect of juggling the number of attacking players he now has at his disposal.

His new forward-thinking players Havertz, Werner and Ziyech produced a combined total of 60 goals and 43 assists in all competitions last season, and the trio make up roughly three quarters of their summer spending, so it will be difficult to justify leaving any of them out once Ziyech is fit to play.

The Blues also have Christian Pulisic, Tammy Abraham, Mason Mount, Callum Hudson-Odoi and Olivier Giroud in their ranks, too.

Chelsea are already out of the Carabao Cup, having lost on penalties last week to Tottenham Hotspur, so that’s one avenue for rotating his team closed off, meaning Lampard will likely need to spread the minutes around more when the Champions League group stage begins later this month.

Lampard doesn’t have much of a discernable system either, having chopped and changed in the opening weeks of the campaign, although he now seems to have settled on a 4-2-3-1 formation.

The situation is most concerning at the other end, where the Chelsea defense is shaky and goalkeeper Kepa Arrizabalaga has been particularly unreliable.

Chelsea shipped 54 goals in the Premier League last season, 15 more than they had under Sarri and the worst record of any side in the top 10.

Those same cracks have been evident in this campaign, particularly in their 3-3 draw with West Bromwich Albion.

They picked up their first league clean sheet of the season with a 4-0 win over Crystal Palace on Saturday as Chilwell enjoyed a superb debut and Silva put in an encouraging performance, but the Blues will face much sterner tests than Roy Hodgson’s side.

Mendy didn’t face a shot on target either, so there was little to gauge from his performance against the Eagles.

Neither Liverpool or Manchester City have looked impervious in the opening weeks of the campaign with both already having suffered defeats – Sunday’s 7-2 humbling by Aston Villa in the Reds’ case – so there’s every chance Chelsea could challenge them for the title if they can find some consistency.

Bedding in so many new arrivals will take time for Lampard and his legend status will afford him more than most at Stamford Bridge, but it won’t spare him if Chelsea don’t show a tangible improvement or come close to delivering silverware at the end of the season. 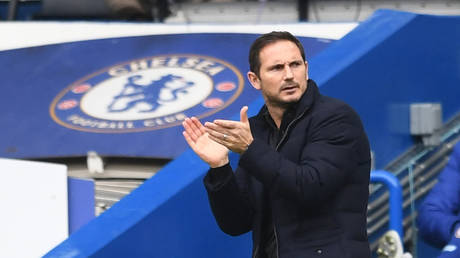