Barring injury, Silva, 35, will captain PSG in Sunday’s Champions League Final against Bayern Munich in what is expected to be his final appearance for the French side after an eight-year spell with the team after joining from Milan in 2012.

The player, once regarded as one of the world’s finest defenders, has attracted several suitors. But his availability on a free transfer has alerted Chelsea that he could be a more than serviceable stopgap ahead of further reinforcements in later transfer windows.

West Ham’s Declan Rice, Atletico Madrid’s Jose Gimenez and Brighton’s Ben White are also understood to be under consideration, but each of those deals would be vastly more expensive than a short-term move for Silva.

His representatives have opened talks with Chelsea, who are now deciding if the Brazilian is the correct candidate to bolster the team’s defense after the Blues conceded 54 goals in the Premier League last season, despite finishing in fourth position.

Chelsea have already secured the signings of Timo Werner from RB Leipzig and Hakim Ziyech from Ajax ahead of the new season, and are poised to break the club’s transfer record to complete the signing of Kai Havertz from Bayer Leverkusen. Ben Chilwell of Leicester City also remains a target.

As such, Chelsea appear convinced that a short-term deal for Silva would make financial sense amid Lampard’s ongoing overhaul of the playing squad. But concerns remain over the aging Silva’s ability to cope with the physical nature and improved level of competition in the Premier League.

Any move for Silva – who will likely command significant wages – will likely be paid in part by the sale of one of Chelsea’s current crop of center-backs: Kurt Zouma, Antonio Rudiger or Andreas Christensen.

Another defender, Academy graduate Fikayo Tomori, is also widely expected to leave the club on loan ahead of the new season. 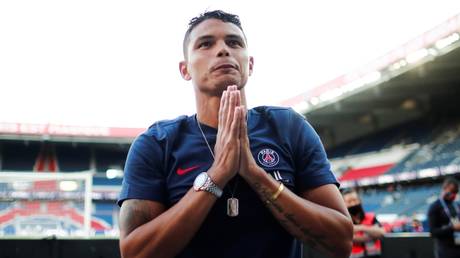