Cristiano Ronaldo has filmed himself plunging 14 meters into deep blue sea in his latest aquatic adventure with Georgina Rodriguez on the $7 million yacht the Juventus striker snapped up before the end of the Serie A season.

The 35-year-old revealed that his decision to explore the ocean had been a spontaneous one as he continues to be all at sea following the end of the season.

Wearing goggles and lifting a thumb to the camera, he filmed himself following a length of string to discover what lay beneath his luxury boat, then turned and swam back to the surface.

Friends cheered with him as he emerged from the water in front of the vast vessel that he rewarded himself with thanks to his $31 million-a-year basic salary with the Italian champions.

“Today I woke up and wondered: what’s happening in the sea?” he told his following of more than 236 million on Instagram, adding a mermaid emoji. “Call me Neptuno.”

He warned fans not to attempt to copy his visit to the seabed, adding the hashtags “please don’t try this”, “14 meters” and an emoji showing a no-entry sign.

Rodriguez also pictured herself diving into the water in the latest despatch from her idyllic life with Ronaldo on the yacht, where she has spoken of “nights of magic” this week and portrayed herself sitting on his knee in a swimsuit on a deckchair.

She wore a dress as she looked back at the camera across the lights of Monaco and lazed in front of a sunset, telling her following of more than 20 million: “Never break the silence unless it is is to improve it.”

Ronaldo posed in a tiny pair of shorts against an almost identical backdrop, saying: “There are only two options: the view or ME.

“I let you choose your favorite one.”

One of his former teammates at Real Madrid, Brazil defender Marcelo, ignored Ronaldo’s ripped abdominal muscles and cheekily replied: “The view, for sure.”

Earlier in the week, Marcelo had laughed and promised not to say anything when Ronaldo stood on the deck to tell fans that he was “on board”.

The 37-goal forward and the mother of his fourth child have almost exclusively produced snapshots of themselves making waves off the coast in the last few weeks.

With the Serie A season set to restart next month, Ronaldo has a quick turnaround between the end of the current campaign, which came to an unhappy conclusion for the Portugal captain when Juve were knocked out of the Champions League last week, and his return to action.

He is yet to make any mention of former boss Maurizio Sarri, who was swiftly sacked after overseeing the exit on away goals to Lyon in Europe’s most prestigious club competition.

Reports recently showed that Ronaldo earns around four times as much as the next highest earner at the club, making him the best-paid player in Italy and allowing him to afford extravagances including his yacht.

In one of the few non-footballing photos he has taken on land this summer, the five-time Ballon d’Or winner has shown off an $11 million Bugatti which he is thought to have added to his car collection.

Addressing his fans after the Champions League setback which curtailed his ambitions of more silverware in the immediate future, he said: “May this short vacation break allow us all to make the best decisions for the future and come back stronger and more committed than ever.” 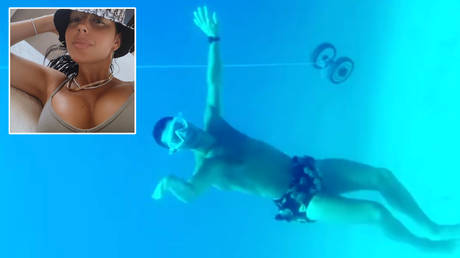