Members of the British Olympic team were used as ‘guinea pigs’ in 2012 to trial an experimental drug designed to aid elite military units, with around 40 percent of those taking it reporting side effects, according to a report.

The drug, which is a synthetic version of a naturally occurring acid called ketones was developed in Oxford University with the intention of giving Special Forces units the ability to operate for longer periods of time with less rations, reports the Daily Mail.

The newspaper states that no assurances were given that the substance – referred to as a ‘novel nutritional intervention’ – was given to athletes without assurances as to whether or not they would experience side effects, or even if they would pass drug tests with it in their systems.

A trove of documents reviewed by the publication showed that 91 elite-level athletes in eight different sports were given the drug in the form of an energy-boosting drink called DeltaG. This was reportedly the first time it was trialled on humans.

The recipients of the drug were asked by UK Sport to agree to what was in essence a waiver to say that if they received any penalties from failed drug tests as a result of taking the substance.

“UK Sport does not guarantee, promise, assure or represent that use of ketone esters is absolutely World Anti-Doping Code compliant and therefore excludes all responsibility for use of the ketone ester,” the document reads.

“WADA might exercise … their rights to regulate … [and] collect blood samples or retrospectively test old samples. This may occur if there were pressure of the media if the concept was to leak. However … ketosis is a temporary physiological state and would be difficult to prove or test with any post-event samples.”

Another document is understood to have informed athletes that any physical side effects were solely the problems of the person who trialled the drug, rather than UK Sport themselves.

“As part of my agreement to participate I accept that there are risks in this study due to performing maximal exercise and to ingesting the ketone ester supplement. I accept that I cannot hold those running or associated with this protocol or their respective institutes, associations and businesses at any liability for these risks,” the waiver states.

The Daily Mail reports that around 40 percent of those who took the substance experienced some form of side effects, from vomiting to other gastrointestinal problems. Twenty-eight athletes stopped taking it for this reason, while another 24 stopped because they determined that it was of no benefit.

In addition, the structure of a statement to the media – or ‘Communication Plan’ – had also reportedly been prepared in advance in the event that news of the trial leaked to the media during the Olympics. Athletes were also compelled to sign non-disclosure agreements which prohibited them from speaking to the media about the issue.

“The publicity focus will need to be on the quality of the science … and the fact that the UK is ahead of the curve compared to its competitors,” it said. “If others are aware UK Sport is linked to the project … the risks will be around perceived unfair competitive edge. Current proposals are looking to ensure any scientific publications are released post London 2012.”

UK Athletics, meanwhile, says that some of their athletes used the substance but didn’t do so in competition because they found the taste of the substance unappealing. 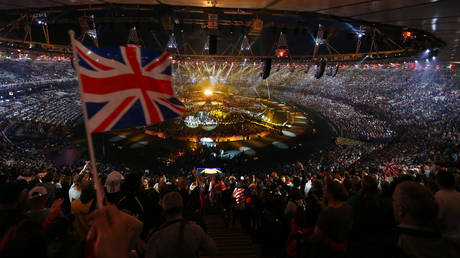 Azerbaijan says 2 of its troops ki...

Snapchat score: How does it work,...