Eight-time Olympic gold medalist Usain Bolt has tested positive for COVID-19, according to reports in Jamaica.

Bolt had recently attended a surprise 34th birthday party in his honor that also featured a host of other notable names from the world of sport, including Manchester City’s Raheem Sterlin, Bayer Leverkusen’s Leon Bailey and West Indies cricket superstar Chris Gayle.

But now, after news of his positive test, Bolt will go into isolation while concerns are now being raised over whether the other sports stars at the gathering also contracted the deadly virus.

To date, Jamaica has 1,529 recorded cases of COVID-19, with 16 confirmed fatalities. But the rate of infection on the island is currently rising. Following 174 cases recorded in July, Jamaica has confirmed a further 267 cases over the last four days alone.

Jamaican health authorities attributed the sudden spate to the large number of public gatherings and parties during the first week of August, when the country celebrates the Emancipation and Independence holidays.

Bolt captured a staggering eight Olympic track and field gold medals, and 11 World Athletics Championship golds during a glittering career that also saw him claim world records in the 100 and 200 meters that both still stand today.

The Jamaican superstar retired from competitive track and field and flirted with the idea of transitioning to professional football. But, after a brief spell with the Australian A-League side the Central Coast Mariners, Bolt was released and hasn’t played professionally since. 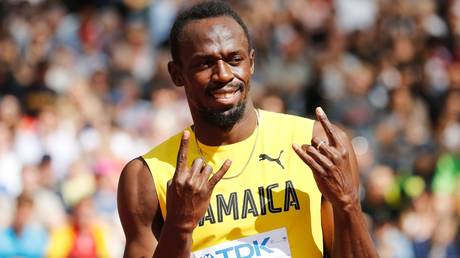