Boxing legend Roberto Duran has been hospitalized after testing positive for Covid-19 in his native Panama, the former four-weight world champion’s son announced on Instagram.

Robin Duran wrote on Thursday that his 69-year-old father had received positive tests for coronavirus despite having shown “no symptoms beyond a simple cold”, but that there were “no indications of seriousness”.

“My dad’s tests have just arrived and it is our duty as a family to communicate the correct information to them,” the younger Duran wrote. “For now, there are no symptoms beyond a simple cold. He is not in intensive care or on a ventilator, he is still under observation.

“We just talked to the doctor and he tells us that the lungs are fine and there is no indication of seriousness. Let’s continue to have faith that everything will turn out well. I will keep you informed.”

Nicknamed ‘Manos de Piedra’ (Hands of Stone) during his career, Duran is a hero in Panama, and is widely reckoned to be the best fighter ever to hail from the Central American nation with a rich boxing history.

Duran is also considered perhaps the greatest lightweight of all-time, having reigned supreme in the division as its undefeated champion throughout the 1970s as WBA and later WBC titleholder, fighting himself out of competition before moving up in weight.

In 1980 he stepped up to welterweight to challenge fellow all-time great ‘Sugar’ Ray Leonard for his WBC title, handing the American superstar his first ever loss in Montreal in one of the most famous fights in history, the 40th anniversary of which Duran celebrated on June 20.

A rematch between the two later that year became one of boxing’s most enigmatic events, as Duran uttered the famous words ‘no mas’, turned his back, and refused to fight Leonard in the eighth round.

That plunged Duran into a period of unfavorability and uncertainty about his career, but the veteran bounced back to win a further two world titles at light middleweight and middleweight, as well as fighting ring greats Wilfred Benitez, Tomas Hearns, and Marvin Hagler.

A hefty tax bill enforced a prolonged ring career into his 50th year, the last fight of his 119-fight career coming in a split decision loss to Hector Camacho in 2001 before he finally hung up his gloves. 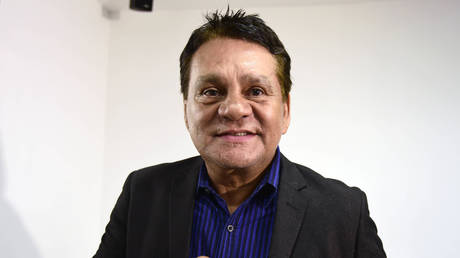