The former head of Formula One, Bernie Ecclestone, has claimed “in many cases, black people are more racist than what white people are”, in a CNN interview in which he discussed the topic of racism in sports.

Eighty-nine-year-old Ecclestone, British business magnate and ex-chief of The Formula One Group, made the claim during an interview with CNN, going on to reference an incident in which six-time world champion and the sport’s only black driver Lewis Hamilton was taunted by a mob of fans wearing ‘blackface’ makeup in Spain in 2008.

Billionaire Ecclestone praised Hamilton as “special” and as “doing a great job” in speaking out on racism, but went on to say he was “surprised” the incident in Spain even concerned the now-35-year-old.

“Lewis is a little bit special,” Ecclestone told CNN Sport’s Amanda Davies. “First, he’s very, very, very talented as a driver and he seems to be now extremely talented when’s he standing up and can make speeches.

“This last campaign he’s doing for black people is wonderful. He’s doing a great job and it’s people like that, easily recognisable, that people listen to.”

Ecclestone however claimed he thought Hamilton’s campaign wouldn’t do much to change Formula One for better or worse, before making the statement: “In lots of cases, black people are more racist than what white people are,” adding that it was something he “noticed” when asked to provide a specific example.

“I’m surprised that [the blackface in Spain] concerns [Hamilton]. I’m really unhappy if he took it seriously. I never thought he did. I didn’t think it affected him.”

Speaking on the current trend to tear down statues perceived as having a racist history, Ecclestone also offered a different solution, instead proposing to educate youngsters on the past of the figure being represented.

“I think it’s completely stupid taking all these statues down,” he said. “They should’ve left them there. Take the kids from school to look and say why they’re there and what the people did and how wrong it was what they did.”

Hamilton has been a vocal proponent of the Black Lives Matter movement following the murder of George Floyd while in police custody in Minneapolis, Minnesota, earlier this month.

The Briton has joined pubic protests in his native country, while also setting up The Hamilton Commission which is aimed at increasing diversity in motorsports after admitting that he has been the target of racist abuse by fans.

“Injustice prevails when you remain neutral,” Hamilton said recently. “As a nation, we’re quick to condemn monkey noises and bananas thrown at black footballers, but when it comes to addressing structural racial issues, the people in power stay silent.“ 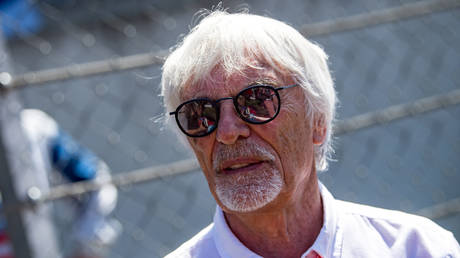 You can watch Inception and The Pr...