‘Before I’m an athlete, I’m a black woman’: Tennis star Naomi Osaka pulls from US tournament in protest over Jacob Blake shooting

‘Before I’m an athlete, I’m a black woman’: Tennis star Naomi Osaka pulls from US tournament in protest over Jacob Blake shooting

The former top-ranked women’s tennis player, Naomi Osaka, has said she is withdrawing from the Western & Southern Open ahead of the semifinals to trigger discussion about the “genocide of Black people at the hands of police.”

Osaka has announced her decision to not play in the semi-final match on Thursday, where she was scheduled to meet Elise Mertens of Belgium, in a post on Twitter.

The two-time Grand Slam champion Osaka, who has become the highest paid female athlete in history after racking up $37.4 million last year, primarily due to lucrative sponsorship deals, said that she does not expect “anything drastic to happen” with her not playing, but hopes to “get a conversation started in a majority white sport.”

Watching the continuing  genocide of Black people at the hand of the police is honestly making me sick to my stomach. 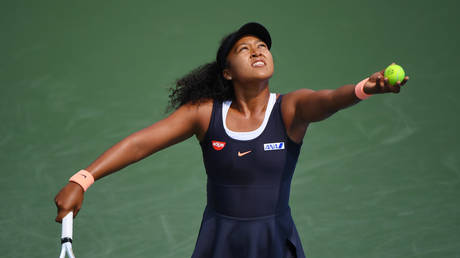