Barcelona have continued their cull of backroom staff, announcing on Tuesday that they have severed ties with technical secretary and former player Eric Abidal – less than a day after the club publicly backed him.

The club announced on Tuesday that Abidal’s employment has come to an end, just hours after the sacking of former boss Quique Setien was also confirmed amid a dismal end to the Spanish giants season bookended by a humiliating 8-2 Champions League defeat to Bayern Munich last Friday.

“Barcelona and Eric Abidal have reached an agreement for the ending of the contract that united the two parties,” the club announced in a statement.

“The club would publicly like to thank Eric Abidal for his professionalism, commitment, dedication and the close and positive nature of his relationship with all aspects of the blaugrana family.”

The move represents something of a change of posture from their position on Monday after intimating that Abidal would spearhead the club’s search for a new manager, after saying in their statement following Setien’s sacking that Abidal would oversee a “wider restructuring” of the first team alongside the new coach.

❗ [LATEST NEWS]
Agreement for the ending of Éric Abidal’s contract

Former French international Abidal is a widely revered figure at the club, not least due to significant health concerns he overcame during his tenure as a Barcelona player which threatened not just his tenure at the club – but also his life – after he was diagnosed with a liver tumor which would later require a transplant.

He was appointed as technical secretary (which is a position similar to that of a sporting director) in 2018, and is understood to have been a key figure in the sacking of former coach Ernesto Valverde last season – leading to Setien’s appointment and, thus, his own demise.

The club’s talismanic forward, Lionel Messi, is understood to have been close to Valverde and his dismissal seems to have been the source of considerable rancor in the Camp Nou dressing room.

Former Barca player Ronald Koeman is widely expected to be confirmed as Setien’s replacement in the coming days, though there is as of yet no indication as to who will fill Abidal position in the backroom hierarchy. 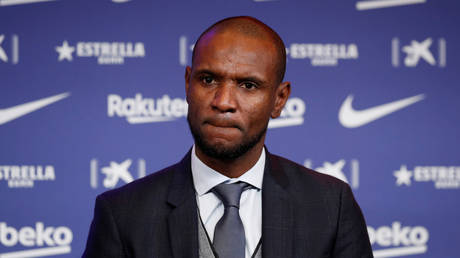