You might not be as politically correct as you think if you use the term ‘BAME’ to refer to ethnic minorities, according to a new survey by a UK sporting organization.

A study commissioned by Sporting Equals – a group which represents more than 150,000 people – has found that the acronym is problematic even though many people believe they are being right-on by using it.

BAME (which stands for Black Asian and Minority Ethnic) actually “places recognition on some communities whilst ignoring others entirely” and thus fails to encompass “ethnic and cultural complexities,” according to details of the study reported by The Guardian.

“More communities [have become] frustrated with the limited terminology in play when describing those who are impacted by racial discrimination,” said Sporting Equals chief executive Arun Kang.

“Gone are the days where we can use umbrella terminology to hide under-representation and a lack of effort to engage with varied ethnic communities. Racism cannot have a one-size-fits-all approach.

“We do understand there is a need for a term purely for admin and bureaucracy purposes to refer to diverse ethnic groups impacted on a wider level by racism and discrimination.

“What we need from the sector at every level is to join us in removing the use of BAME and other terminology and introducing specific approaches and the use of ‘ethnically diverse communities and ‘diverse ethnic communities’ where appropriate.”

The report in the Guardian comes after English FA chairman Greg Clarke lost his job over a gaffe-filled performance in front of a committee of UK MPs, in which he used the term ‘colored footballers’ instead of ‘footballers of color’.

Sporting Equals boss King said that “recent events have highlighted how damning incorrect language use can be.”

Just as with the ever-expanding alphabet of the gay and transgender community (‘LGBTQIA+’ at the last count), those wishing to navigate the minefield of PC terminology may need to add even more vocabulary to their dictionaries to emerge unscathed from conversations and correspondence.

Yet again, it looks like the goalposts are moving. 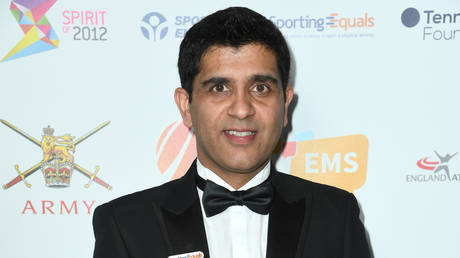