The Court of Arbitration for Sport (CAS) has overturned Manchester City’s two-year ban from European competition after it was announced on Monday that the club had won its appeal against ‘serious breaches’ of financial rules.

UEFA imposed the ban in February after the club was found to have violated Financial Fair Play regulations between 2012 and 2016. In addition to being disqualified from European competition, the club had also been issued with a fine of almost $34 million.

However, in the ruling early on Monday CAS underscored their finding that Manchester City did “fail to cooperate with Uefa authorities” but nonetheless ruled to overturn the European ban and reduce the fine to $11.3 million. It was also noted that many of the breaches were time-barred “due to the 5 year time period foreseen in the UEFA regulations.”

“The award emphasised that most of the alleged breaches reported by the adjudicatory chamber of the CFCB were either not established or time-barred,” the CAS statement said.

Manchester City’s ban has been lifted on appeal. Still a fine to be paid, but a huge win for the club.

I hope Manchester City supporters are enjoying this. Great players come and go. Trophies are won and lost. But this level and scale of fume from opposition fans is rare. Perhaps once in a lifetime. Enjoy it. Drink it in. These are the moments every fan should live for.

Just scrap FFP! At this point it’s a worthless joke! Football is just corrupt, we all know those with the most financial power ‘Find a way’ to circumvent rules…

Reacting to the ruling, the club said that it was “validation of the club’s position and the body of evidence that it was able to present.

“The club wishes to thank the panel members for their diligence and the due process that they administered.”

Allegations of financial improprieties against Manchester City were initially raised by German newspaper Der Spiegel which alleged in November 2018 that the club had artificially inflated the monetary value of a sponsorship deal in order to mislead UEFA as to their adherence to Financial Fair Play.

The initial ruling against Manchester City earlier this year stated that they had been “overstating its sponsorship revenue in its accounts and in the break-even information submitted to Uefa between 2012 and 2016“, adding that the club failed to cooperate in the investigation.

The club, meanwhile, appealed on the basis that the process had been “flawed” and “prejudicial” and that the report in Der Spiegel contained leaked information which was gained illegally via computer hacking which was being reproduced in order to damage the club’s reputation.

The club have been found guilty of previous financial violations and were fined more than $61 million in 2014 in a separate case.

The ruling means that Manchester City, who have already been guaranteed a second place finish in the Premier League, will now be eligible to compete in next season’s Champions League – and will come as a disappointment to one of Chelsea, Leicester City or Manchester United, as City’s disqualification would have meant that a fifth place finish in the English top division would have earned Champions League qualification in place of Manchester City. 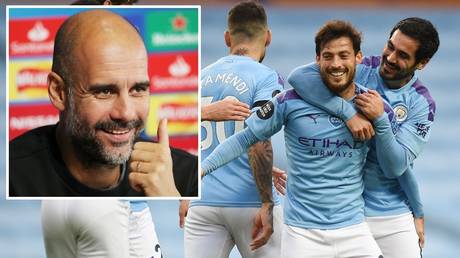