Athletics Association vows to reform Olympic protest rule, claims it is ‘basic human right’ for athletes to take a knee

Athletics Association vows to reform Olympic protest rule, claims it is ‘basic human right’ for athletes to take a knee

Newly formed organization the Athletics Association, which represents the rights of track and field athletes, is expected to fight against Olympic Rule 50 which prohibits “political, racial and religious” demonstrations.

US triple jump legend Christian Taylor, who became the organization’s first president, hailed English football’s Premier League for allowing players to take a knee to protest against racism, adding that he will fight for athletes’ rights to express themselves at the Olympics.

Emma Coburn, a US steeplechase specialist who is Athletics Association vice-president, stressed she doesn’t want Rule 50 to be completely abandoned, adding, however, that slight amendments are necessary.

“The position of the Athletics Association regarding Rule 50 is that we think there needs to be, at a minimum, reform,” she said.

“I personally don’t feel like the rule will be abolished, but I think athletes everywhere across sport are speaking up against Rule 50 and I think we will see reform in that rule.

The rule has come under fire by social rights advocates who call for changes to Olympic restrictions in the light of recent protests and Black Lives Matter movement triggered by the killing of unarmed black man George Floyd. 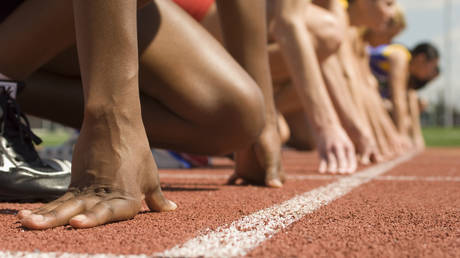