Reigning world and Olympic champion Alina Zagitova might make a highly anticipated comeback at the pre-season ‘Test Skate’ event in Moscow which will bring together the country’s best skaters.

Zagitova’s participation in the non-competitive public showing was confirmed by the president of the Russian figure skating federation Alexander Gorshkov, who said that she will present her new programs along with other competitors who will fight for spots on the team.

The 18-year-old put her career on hold last year after finishing last in the ISU Grand Prix final, but promised to return to the ice as soon as she will be ready to compete at the highest level.

The skater’s fans who were encouraged by the news to see their idol back in action next month noticed, however, that she was not included on the list of skaters who will perform at the Cup of Russia stages, necessary for qualifying for the national championship.

Gorshkov said that the skater’s participation is still in question and her decision to resume her career will much depend on the upcoming performance at the ‘Test Skate’ next month. 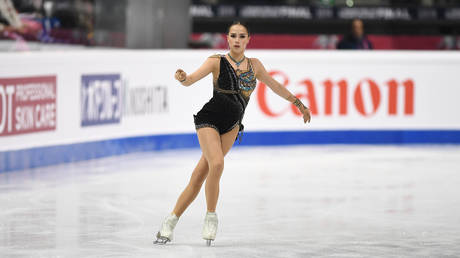 Use the force: Vadim Nemkov ready...