Manchester United and England defender Harry Maguire is being detained by Greek authorities following reports that he allegedly became involved in an altercation with police after a fight in a bar on the island of Mykonos.

The 27-year-old Maguire was noted by police as engaging in an altercation with a group of fellow British tourists, per reports, and when the police attempted to intervene, three English nationals are understood to have fought back, both verbally and physically.

Three men were subsequently detained by authorities, with Maguire being one of them. Footage posted to social media earlier on Thursday had shown Maguire greeting fans in the Matogiannia region of Mykonos.

“The soccer player was verbally abusive to an officer and then hit him,” a police official told Greek state TV station ERT.

“The three were resisting when brought to the Mykonos police station.”

Manchester United released a statement early Friday acknowledging that an incident had occurred involving their captain.

“The club is aware of an alleged incident involving Harry Maguire in Mykonos last night,” the club announced.

“Contact has been made with Harry, and he is fully cooperating with the Greek authorities. At this time we will be making no further comment.”

Former Leicester City defender Maguire joined Manchester United last summer for a fee reported to be in the region of £80 million ($105 million) and was quickly appointed as captain of the team by manager Ole Gunnar Solskjaer.

He was won 26 caps for the England national team and was featured heavily in the team during the 2018 World Cup in Russia. 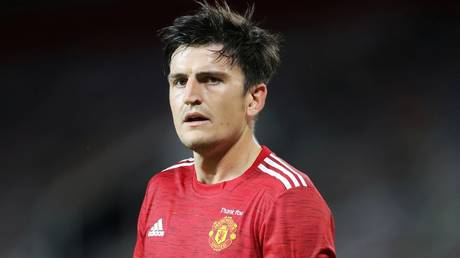