Former National Hockey League goaltender and Stanley Cup winner Ilya Bryzgalov has commented on the NHL’s decision to join the wave of protests against racial injustice, calling the situation “hype” and “absurd.”

The NHL delayed four Stanley Cup Playoff games for two days in protest at the shooting of a black man, Jacob Blake, in Wisconsin.

“After much discussion, NHL players believe that the best course of action would be to take a step back and not play tonight’s and tomorrow’s games as scheduled,” the league said in a statement.

However, the three-time Russian Olympian criticized the NHL’s stance on the issue, claiming there was no link between the Black Lives Matter movement and the games’ postponement.

“I don’t see any connection between the NHL games and the Wisconsin shooting, which we know very little about. How can ice hockey and sport be linked to [allegedly] unlawful acts performed by a policeman?” Bryzgalov said.

“I’m tired of this hype. Talking about the Black Lives Matter movement, I just want to ask, don’t the lives of other nations, like Latin Americans and Asians, matter? It’s highly politicized. Finding a connection between such things is absurd!” the retired player added.

Many US sports organizations, including the National Basketball Association and the US Tennis Association, halted their competitions to add their support to the calls for an end to social injustice and police brutality. 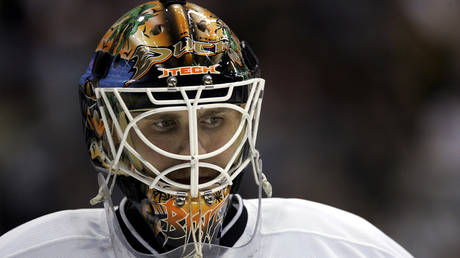