French football great and former UEFA president Michel Platini has been placed under formal investigation by authorities related to an alleged illegal payment of $2 million from FIFA in 2011.

This comes amid a corruption case against former FIFA President Sepp Blatter as Swiss prosecutors probe Blatter’s role in alleged payments to Platini, with the Frenchman accused of being party to “criminal mismanagement, of misappropriation and forgery”.

The issue stems from an invoice sent by Platini to FIFA in January 2011 in which he was said to be seeking payment for advisory work he provided during Blatter’s first term from 1998 to 2002.

Five separate bodies have ruled against Platini since the allegation was announced by Swiss prosecutors in 2015, including from the FIFA Ethics Committee, the Court of Arbitration for Sport and the European Court of Human Rights.

Neither Blatter nor Platini have yet been charged and both deny any wrongdoing related to the matter, though both were banned by FIFA – although Platini’s sanction expired in October of last year and he remains free to return to the sport in any capacity.

“I have total confidence in Swiss justice, I am once again at their disposal and am absolutely serene,” Platini said in a statement.

Platini had initially been cleared of any wrongdoing but the case was revisited by a new prosecutor, Thomas Hildbrand, who was appointed in 2019.

Hildbrand has also lodged criminal proceedings against Blatter related to a $1 million loan to the Trinidad and Tobago Soccer Federation in 2010 which was controlled at the time by Jack Warner, the former FIFA vice president who has since been banned from the organization.

Platini was dogged by allegations of corruption throughout the latter part of his tenure as UEFA boss, something which intensified after he was named in the Panama Papers leak which alleged he had control of offshore funds.

Platini also came under fire in 2018 after he appeared to suggest that the draw for the 1998 World Cup was arranged to ensure that France and Brazil could meet in the final provided both teams won their groups. France beat Brazil 3-0 in the final in Paris.

He also was accused of involvement in a suspected bribery scheme surrounding the decision to award Qatar the 2022 World Cup hosting rights. 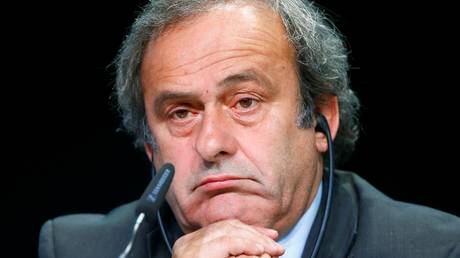 US Gulf Coast crude oil gets its o...