Roman Abramovich is reportedly set to open his checkbook once again to secure the services of Bayer Leverkusen’s 21-year-old German prodigy Kai Havertz, though Chelsea face competition from Real Madrid in getting his signature.

Havertz’s form in the Bundesliga, where he has scored 29 league goals in just two seasons, has alerted the scouting teams of several European giants but with the many of the continent’s top clubs feeling the pinch of a loss of income due to the coronavirus pandemic, it seems that Abramovich is close to stealing a march on his rivals in an attempt to return the London club to Europe’s top table.

It has been reported on Wednesday that Chelsea have tabled an offer of €88 million (US$100 million) for the German international and are keen to pair him with countryman Timo Werner, who last week agreed to sign for Chelsea in a €52 million move from RB Leipzig.

It is thought that Havertz could command a salary in the region of around €5.5 million per year.

However, Chelsea’s pursuit of Havertz could be complicated by the interest of Real Madrid. Zinedine Zidane’s side face the prospect of rare season without silverware, something which could force the club’s hierarchy to sanction a series of high-profile transfers to regain their status as an elite side in the context of European club football.

However, Madrid’s opening offer is understood to be less than that of Chelsea’s – who are also thought to have offered Havertz significantly improved personal terms compared to those of the Spanish giants.

The addition of Havertz to Frank Lampard’s Chelsea would be a key capture in closing the gap between the Londoners and champions-elect Liverpool, who are currently an incredible 32 points ahead of them in the table.

The confirmed capture of Werner, as well as the signing of Ajax magician Hakim Ziyech, suggests that the Chelsea boardroom are confident in rookie coach Lampard’s tactical nous and ability to integrate youth into a Chelsea side who have been historically reliant on the capture of high-profile, ageing stars.

“We don’t know yet what will happen to Kai,” Leverkusen’s sporting director Simon Rolfe said to Spanish publication Marca. “We know that all the greats from Germany and Europe are after him and that he has the ability to play anywhere.”

Manchester United are also understood to have retained an interest in Havertz but are thought to have prioritized the capture of Borussia Dortmund’s English sensation Jadon Sancho as their primary transfer objective this summer. 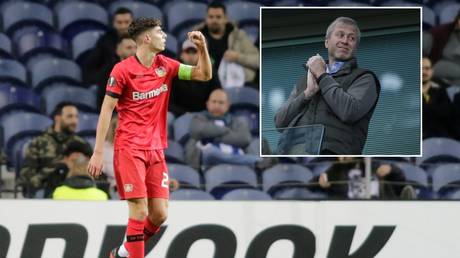 Who is Owen Paterson and how has h...