The 11-times capped Chilwell is poised to move to Stamford Bridge for a fee understood to be in the region £50 million ($65.5 million), with Lampard getting his man after courting the full-back for much of the summer months.

Chelsea’s defense, which Chilwell is expected to bolster, has been identified as a concern by the Stamford Bridge hierarchy. Neither Marcos Alonso, who works best as a wing-back, or Emerson Palmieri impressed with their defensive contributions last season, with Lampard often drafting club captain Cesar Azpilicueta to deputize in the unfamiliar role on the left side of defense.

Chilwell also fits the profile of players that Chelsea are keen to acquire. He is young and will have a significant re-sale value, and he also adds to the youthful English spine which Lampard has infused into his side since taking charge a year ago.

The acquisition of the England defender comes as part of an overhaul of the Chelsea playing staff which has already seen Roman Abramovich open his checkbook to sign prolific German forward Timo Werner for £53 million ($70 million) and Ajax creator Hakim Ziyech at £38 million ($50 million) – but the addition of Chilwell won’t signal the end of Chelsea’s transfer business before the start of the new Premier League season on September 12.

Former Paris Saint-Germain captain Thiago Silva, 35, is expected to join Chelsea on a two-year deal after calling time on his career in the French capital following last week’s Champions League Final, while another Ligue 1 player, 21-year-old central defender Malang Sarr is also in talks with the club. Sarr is also available on a free transfer after his contract with Nice expired at the end of the season.

For Chelsea though, the primary target remains to be Kai Havertz. His club, Bayer Leverkusen, have been in prolonged negotiations with Chelsea regarding a transfer expected to be somewhere in the region of £90 million including bonuses ($118 million) with the player having already communicated his desire to move to Stamford Bridge to Leverkusen’s sporting director, Rudi Voller.

Lampard’s transfer philosophy represents a nod to the team’s frailties. Defense, particularly from set pieces, was a constant thorn in their side, with the addition of the experienced Silva and prospect Sarr expected to plug the holes – to some degree at least.

The goalkeeping (or lack thereof) from the club’s record signing Kepa Arizzabalaga remains a concern, with Chelsea linked by the tabloids to practically every ‘keeper of note across the globe – including, quite ambitiously, Marc-Andre ter Stegen of Barcelona and Atletico Madrid’s Jan Oblak, but it seems likely that Chelsea may bring in a less celebrated goalkeeper to compete with Kepa. Manchester United backup Sergio Romero is the latest to be linked.

Whatever Chelsea’s final squad will be when they submit their list of players to the Premier League, it is clear that the pressure will be ramped up on Lampard in advance of his sophomore season. Last year’s transfer ban and subsequent reliance on youth meant that Lampard was given a wide berth in his first season which, while deemed a success, will require improvement next season.

As wisely as Abramovich’s millions seem to be being spent, the pressure is set to amplify greatly on Chelsea’s novice head coach and, club legend or not, they have never been overly-cautious in making sweeping changes on the touchline when things go sour.

For Lampard, he will be hoping to keep them sweet. 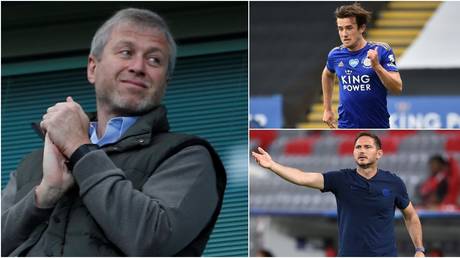