Spartak Moscow have moved swiftly to protect their investment in Henrik Larsson’s son Jordan by placing a massive price tag on the 23-year-old striker after his father joined Ronald Koeman’s new coaching staff at Barcelona.

Henrik Larsson’s arrival in Koeman’s coaching lineup instantly prompted rumors linking his son Jordan with a switch to the Camp Nou, and those rumors haven’t gone unnoticed by Spartak, who have issued a statement to Barca, or any other club, who is considering making a swoop for the talented young hitman.

Spartak issued a statement to Sports.ru, laying out their terms for any potential suitor looking at making a bid for Larsson during the off-season.

“We can guess who Barça’s next big objective will be (Jordan Larsson) but he’s a very important player for us,” the statement read.

Larsson only joined Spartak a year ago for $4.71 million, and hit 11 goals in 33 Russian league games for the Moscow side, so it’s unlikely Barca will be prepared to splash out $118 million to reunite Larson with his father in Catalunya.

But Spartak’s stance is sure to please the club’s fans, who will be keen to see their young striker remain in Moscow for the season ahead. 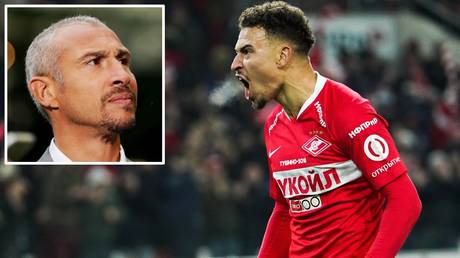