THE wife of Tory MP and ex-Cabinet minister Owen Paterson has been found dead in woodlands near their family home this morning – on his birthday.

In a statement, Mr Paterson said the loss of his wife, Rose, 63, had come as a “terrible shock” to the family, while police are treating the matter as “unexplained”.

The couple were married for 40 years[/caption]

“It is with great sadness that I must inform you that my wife, Rose, has been found dead at our family home in Shropshire,” he said.

Mrs Paterson, the daughter of the fourth Viscount Ridley, was the chairman of Aintree Racecourse since 2013.

West Mercia Police said today: “We can confirm the body of a woman has been found in woodland near Pant Lane in Sodylt in Ellesmere.

“The death is currently being treated as unexplained however at this stage there is believed to be no third party involvement.”

Earlier this week Mrs Paterson was named in connection with another planning row connected to Robert Jenrick.

The Housing Secretary used his ministerial planning powers to recover an appeal by Britain’s largest horse-racing organisation, the Jockey Club, of which Mrs Paterson was a board member.

They appealed after Elmbridge borough turned down the development of homes and a hotel at the Sandown Park Racecourse in Esher, Surrey.

Councillors had unanimously voted against the application because of the impact it would have on the green belt, but Mr Jenrick was due to make a decision on it.

He is currently embroiled in a planning row over his decision to approve a £1 billion development proposed by Tory donor Richard Desmond.

The couple (left) with their daughter Evie (right)[/caption]

Back in March Mrs Paterson vowed that the Grand National would come back “bigger and better than ever before” next year after it was forced to be cancelled due to the coronavirus pandemic.

The Jockey Club team said today it was “greatly saddened” by her death today.

“This is tragic news and our thoughts go out to Rose’s husband Owen and all members of her family.

“Rose was a wonderful person and involved in so many aspects of our sport. She was a skilled Chairman at Aintree, a valued member of our Board of Stewards and headed up our Horse Welfare Group. She also enjoyed participating at grassroots level over many years.

“We appreciated her contribution very much and my fellow Stewards and I looked forward to hearing her sound views on a subject, where she was always sensitive to the best course of action for racing.

“She will be missed greatly for the person she was.”

Her daughter Evie, as a Junior and Young Rider, has represented Great Britain three times in the European Eventing Championships.

Mr Paterson has been an MP since 1997, and served as Environment Secretary and Northern Ireland Secretary[/caption] 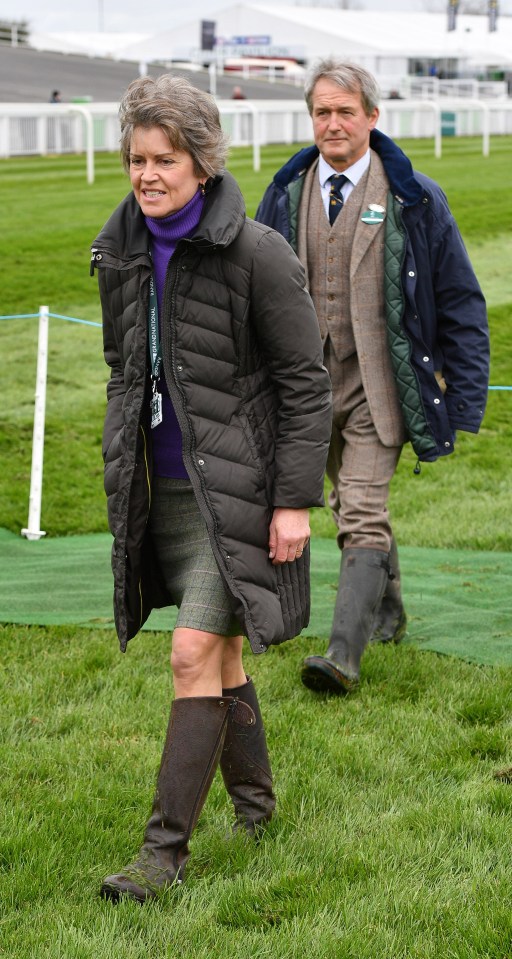 How London could look under new Eu...