Close
Trending News
HomePoliticsWho is Rishi Sunak and when did he become UK Chancellor?

Who is Rishi Sunak and when did he become UK Chancellor?

Who is Rishi Sunak and when did he become UK Chancellor?

RISHI Sunak has been a shining light for many during the coronavirus pandemic, thanks to his reforms as Chancellor of the Exchequer since February 2020.

The Conservative MP, 40,  was appointed in February 2020 to become one of the youngest ever to hold the position after PM Boris Johnson announced his dramatic post-Brexit Cabinet reshuffle back in 2019.

Who is Rishi Sunak?

MP for Richmond in Yorkshire since 2015, Rishi Sunak, is the son of Yashvir, an NHS GP, and Usha, a pharmacist, who moved to the UK from Punjab, India, in the 1960s.

Born in 1980 in Southampton, Hampshire, he attended the prestigious Winchester College before going on to study politics, philosophy and economics at Oxford University.

He also earned an MBA from Stanford University in the US, becoming a Fulbright scholar.

The couple now have two daughters together.

Before entering politics he worked for investment bank Goldman Sachs and a hedge fund, then co-founded an investment firm.

Seen as a rising star in the Conservative Party, he has been touted for the top since first arriving in Parliament five years ago.

At one stage, he was pictured heading to the cinemas to see Star Wars – with none other but former Chancellor Sajid Javid.

As a Hindu, he takes his Commons oath on the Bhagavad Gita, a sacred Sanskrit text.

When did he become UK Chancellor?

After Sajid Javid resigned from his post as Chancellor in February, Boris Johnson appointed Sunak to be his replacement – just four weeks prior to the Budget.

On his website, the stunned MP for Richmond wrote: “When I was elected your MP in 2015, little did I know that one day I would be writing my regular column from behind the Chancellor’s desk in Treasury.

“I am humbled to take on the role at this historic moment in our nation’s history.”

He paid tribute to his predecessor, describing Javid as, “a good friend… I’ve learned so much from him, and I am committed to building on the great work he did during his time as Chancellor”.

However at the age of 39, he misses out on being the youngest chancellor of the past century by just a single year – George Osborne was 38 when he took charge of the Treasury in 2010.

Before his rise to lead the Treasury, Tory officials saw he was the “perfect fit” for Johnson’s new Cabinet.

One told the Financial Times: “Rishi is a superstar, he keeps to the line and proved himself to be a calm, able debater.”

This was particularly shown as he started to fill in for Johnson in election TV debates.

During the Brexit campaign, he voted to Leave the EU but kept a relatively low profile during the 2016 referendum and voted for Theresa May’s Brexit deal on all three occasions.

In July 2019, Sunak was picked by the PM to be the chief secretary to the Treasury, after he had served as parliamentary under-secretary in the Ministry of Housing, Communities and Local Government from January 2018 to July 2019.

During the coronavirus pandemic Rishi Sunak has been present for many of the daily press briefings run by the government, with his furlough scheme being a relief to many Brits. 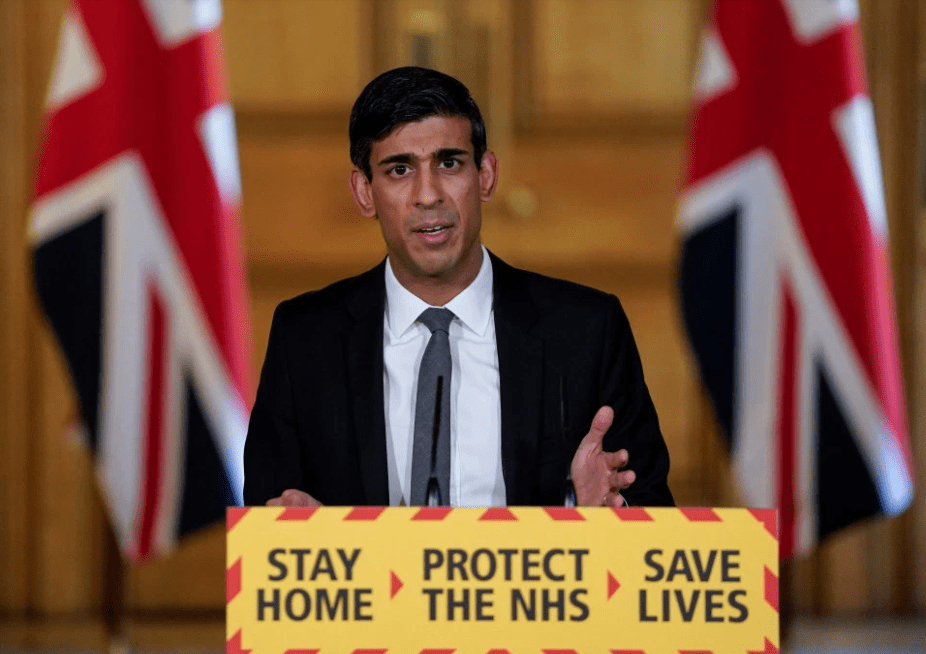