Close
Trending News
HomePoliticsWho is Rebecca Long-Bailey and why has she been sacked?

Who is Rebecca Long-Bailey and why has she been sacked?

Who is Rebecca Long-Bailey and why has she been sacked?

SHADOW Education Secretary Rebecca Long-Bailey once stood as a candidate to replace Jeremy Corbyn as the Labour leader but now she has been sacked from her role.

Here’s what we know about the 40-year-old socialist.

Why was Rebecca Long-Bailey sacked from the Shadow Cabinet?

Sir Keir said this afternoon: “The sharing of that article was wrong because the article contained anti-semitic conspiracy theories and I have therefore stood Rebecca Long-Bailey down from the shadow cabinet.

A spokesman for the Labour leader said: “This afternoon Keir Starmer asked Rebecca Long-Bailey to step down from the shadow cabinet.

“As Leader of the Labour Party, Keir has been clear that restoring trust with the Jewish community is a number one priority.

“Antisemitism takes many different forms and it is important that we all are vigilant against it.”

The sacked front-bench MP for Salford and Eccles was forced to clarify her comments, saying “I retweeted Maxine Peake’s article because of her significant achievements and because the thrust of her argument is to stay in the Labour Party.

She added: “Today I retweeted an interview that my constituent and stalwart Labour Party supporter Maxine Peake gave to the Independent.

“I learned that many people were concerned by references to international sharing of training and restraint techniques between police and security forces.”

“In no way was my retweet an intention to endorse every part of that article.”

Ms Long-Bailey had been chosen by Mr Starmer to be his Shadow Education Secretary when he became Labour’s leader in April.

Who is Rebecca Long-Bailey?

Rebecca Long-Bailey is a Labour politician and Shadow Business Secretary.

She grew up in Old Trafford, Manchester, and worked as a customer service assistant in a pawn shop – something she says “taught me more about the struggles of life than any degree or qualification could”.

She also worked in various call centres, a furniture factory, and in postal delivery before eventually studying to become a solicitor.

On her website, she describes herself as a proud socialist and Manchester United fan.

A Roman catholic, Long-Bailey is married and has one son.

When did she become a Labour MP?

On her website Long-Bailey says she became interested in politics “at an early age” after noticing the “struggles my parents and other local families faced”.

She writes:  “I was angry at the inequality and unfairness I had seen and I wanted to do something about it.

“A society should be judged on how it treats the most vulnerable in the community and I believe that we should rebuild a British economy with the welfare of the British people at its very heart.

“The foundation stones of our economic policy should be prosperity and social justice not greed and despair.”

The Labour leader hopeful has  told supporters she will hand Jeremy Corbyn a high-level brief if she is party boss.

MORE ON THE LABOUR PARTY


Who is Rebecca Long-Bailey and why has she been sacked?


What was Labour leader Keir Starmer’s role in the Jimmy Savile abuse scandal?

What is her constituency?

Rebecca Long-Bailey was elected as MP for Salford and Eccels at the 2015 General Election.

The constituency consists of a working population whose income is “below the national average and higher than average reliance upon social housing”.

At the end of 2012 the unemployment rate in the constituency stood as five per cent of the population claiming jobseekers allowance, compared to the regional average of 4.2 per cent.

The constituency voted to leave the EU. 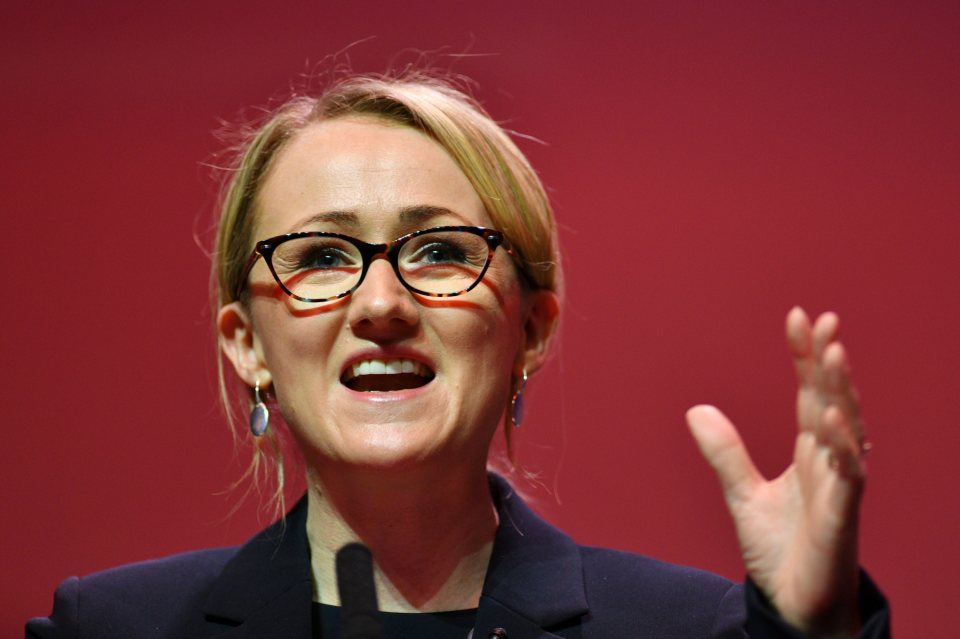