Close
Trending News
HomePoliticsWho is Gavin Williamson’s wife Joanne Eland and how many children do they have?

Who is Gavin Williamson’s wife Joanne Eland and how many children do they have?

Who is Gavin Williamson’s wife Joanne Eland and how many children do they have?

THE Education Secretary Gavin Williamson is married to Joanne Eland and they have a family together.

But who is she?

Gavin and Joanne got married in 2001[/caption]

Who is Joanne Eland?

The couple met at sixth form college in Scarborough.

Mr Williamson became an MP when he was elected in the South Staffordshire seat with a majority of more than 16,000 votes.

He was the Chief Whip between 2016 and 2017 when Theresa May was Prime Minister.

Mr Williamson was then appointed Defence Secretary after the resignation of Sir Michael Fallon.

He was asked to resign from the post over allegations he leaked confidential information about Huawei’s then potential involvement in building the UK’s 5G network.

He refused to resign and was sacked from the post.

Mrs May said she had “compelling evidence” he was behind the leak but he denied the accusation, saying an inquiry would clear his name.

He was appointed Education Secretary when Boris Johnson became Prime Minister in July 2019.

On March 20, 2020, he announced schools would be closed as part of the government’s response to the coronavirus outbreak.

When did they get married?

In 2018 it emerged that Mr Williamson had a “flirtatious” relationship with a co-worker while he was a manager at fireplace manufacturer Elgin and Hall in Yorkshire in 2004.

He said he had made “a dreadful mistake” in kissing his co-worker on more than one occasion, but that his wife had forgiven him.

Mr Williamson said they shared a “a kiss a couple of times” but it never went any further.

He said at the time of the revelations: “This incident nearly destroyed two marriages. It will always be part of my past, but has not stopped my wife and I from building a wonderful family together.

“Family will always be central to what I do and what I believe in.

“It was the experience of nearly losing mine that made me realise how much mine really matters to me.”


Who is Gavin Williamson’s wife Joanne Eland and do they have kids?

Do they have any children?

Joanne gave birth to their first child in late 2004, according to The Mail.

The couple have two daughters, Annabel and Grace.

And incredibly it appears they both share the same birthday as Williamson posted a cute picture of his daughters on Instagram on November 27, 2018.

He captioned it: “My two beautiful daughters Annabel & Grace celebrate their 14th and 12th Birthdays today.

“Girls I hope you have a wonderful day, so sorry I can’t be with you and sorry for using such an old photo!!”

Williamson does not often post pictures of his wife and children on social media.

However the family does appear to have a couple of pet cats – one they picked up in France in August 2018. 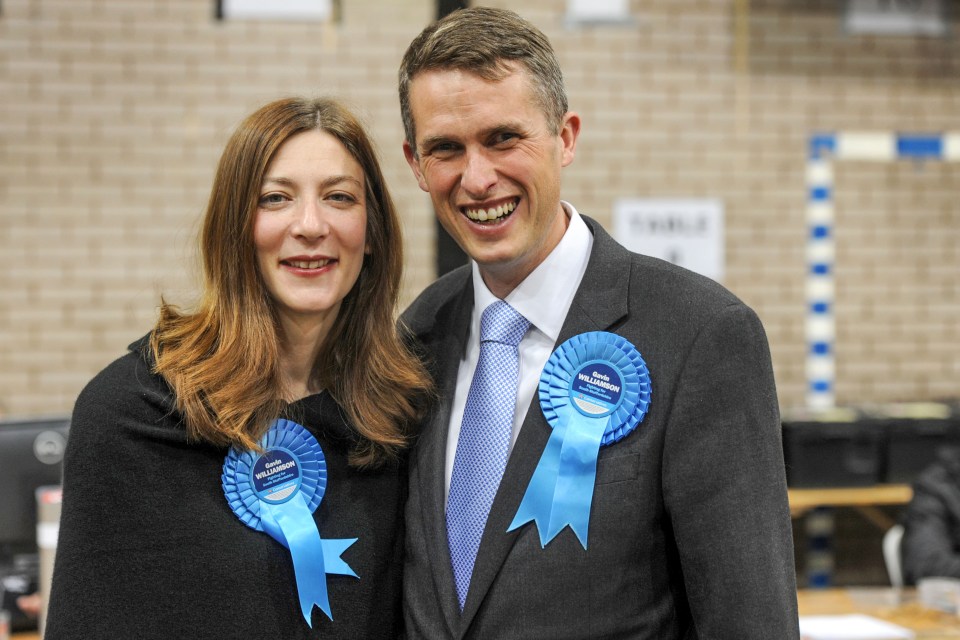