WHITE Van Man faces a double tax whammy next year after Rishi Sunak signalled he will end the fuel duty freeze and hike tax on the self-employed.

He insisted he had to find ways of paying for the Covid crisis and public services when grilled on whether he will be the first Chancellor in a decade to hike fuel duty.

But in his interview with The Sun Mr Sunak stressed that he “cares about the cost of living” and “fuel is a big part of that”.

His words suggest he will allow fuel duty to rise in line with inflation in April – hiking it by nearly 3p per litre – but would defy his Treasury officials who want it to rise by as much as 5p.

The current rate for solo workers is 9 per cent but Mr Sunak believes that should be brought in line with the 12 per cent that employees pay after they got a Covid bailout similar to the furlough scheme.

But self-employed trade bodies warn this would be unfair given self-employed workers don’t get the same rights such as maternity and paternity leave, annual leave, compassionate leave, sick pay or redundancy pay.

Asked whether he will go ahead with the White Van Man tax hike, Mr Sunak said: “I made the point that with the way that we have treated the self-employed has been comparable to how we’ve treated those who are employed.

“That is something that we should all reflect on because there is a difference currently in the system.

“We have not used that as an excuse not to do anything, we’ve stepped in and provided enormous support to between two and a half and three million people who are self employed.”

It leaves White Van men and women – many of whom are self-employed – facing a double tax whammy next year.

Fuel duty has remained at 57.95p per litre since 2011 due to The Sun’s Keep it Down campaign and pressure by Fair Fuel UK.

It helps save the average driver £1.50 every time they fill up and a total of more than £1,000 over the last decade.

Mr Sunak, who was appointed Chancellor in February, was unable to tell The Sun how much it costs to fill up his Golf at the pumps.

“People want to earn a good wage, they want to keep as much of that as they can and give as little to me as possible.

“But you know what, we need to pay for the things that we all care about, right?

So whether that’s schools, hospitals, police.

“But of course, I want people to keep more of that money and I want to make sure that day to day, they have more of that to spend on the stuff they like – that is very important to me.” 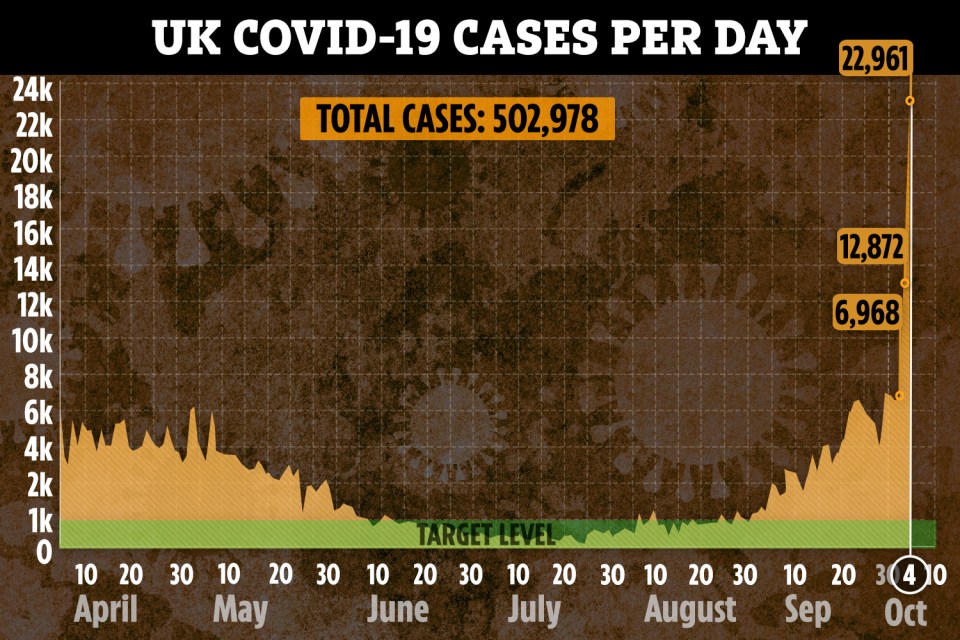 He said: “Hitting the world’s highest taxed and most pilloried drivers with any fuel tax hike would be dishonest and political suicide to an already beleaguered Government.

“A few pence rise in regressive taxes will not make a dent in the Covid debt, nor will it save the planet. But it would hit very hard, low income families, small businesses, hauliers and damage any vital economic recovery.”