THE LABOUR Party has become engulfed in yet another furious antisemitism row after Rebecca Long-Bailey was sacked for sharing a “conspiracy theory” online.

Long-Bailey’s sacking is the latest in a long line of antisemitism incidents to have dogged the party over the past few years, which culminated in Scotland Yard launching a criminal investigation into alleged hate crimes last year.

Since Mr Corbyn became leader in 2015, he has been dogged by critics claiming the party harbours antisemitic activists and campaigners among its membership.

Labour has come under fire over its handling of disciplinary action against members accused of making anti-Semitic remarks – such as Ken Livingstone, who was suspended for two years for claiming Hitler was a Zionist.

Naz Shah, the MP for Bradford West, also resigned as an aide to shadow chancellor John McDonnell after she was accused of sharing anti-Semitic graphics on social media.

In 2018 the Labour party was urged to adopt the International Holocaust Remembrance Alliance‘s (IHRA) definition of anti-Semitism, including the 11 examples of “contemporary anti-Semitism”.

The definition has been adopted by 31 countries as well as more than 130 UK councils, police forces, the Crown Prosecution Service and the judiciary.

But in July that year Labour’s ruling National Executive Committee voted to leave out some of the IHRA examples, sparking fury.

Labour claimed it wanted to protect freedom of speech, but it caused uproar with Jewish newspapers joining forces to condemn Labour’s “sinister” refusal to adopt the IHRA’s definitions in full”.

Corbyn faced a tough summer personally after he was pictured holding a wreath, apparently in a ceremony honouring terrorists who murdered Israeli athletes at the Munich Olympics.

And Labour veteran Margaret Hodge branded him “racist” in a stand-up row in the Houses of Parliament.

In February 2019 the party was thrown into crisis by the resignation of seven MPs who said Labour is “now racist and anti-Semitic”.

They included Jewish MP Luciana Berger, who has been bombarded with vile abuse by Corbyn supporters.

The Equality and Human Rights Commission launched an inquiry in May last year into claims the party became  institutionally antisemitic under Jeremy Corbyn’s watch.

In November 2019, Chris Williamson was banned from standing to be an MP again, after he had the whip withdrawn and was booted out of Labour after saying the party had been “too apologetic” about antisemitism.

Why have the Met Police opened an investigation?

On November 2, 2018 Scotland Yard said it had launched a probe into alleged instances of anti-Semitic hate by Labour members.

Officers are examining an internal Labour dossier after it was handed to the force’s boss,  and were considering whether to bring criminal charges against activists who had been accused of racism.

The dossier, apparently compiled by Labour officials, detailed 45 claims of anti-Semitic behaviour and was published by LBC in September.

The file included messages such as “We shall rid the Jews who are cancer on us all”.

Among the slurs allegedly spread by some Labour activists were “these Jewish f***ers are the devils” and calling supporters of Israel “Anglo-Zio-Nazis”.

What happened at the Labour NEC meeting?

In September 2018, NEC member Pete Willsman was re-elected to the ruling body despite a rant apparently accusing “Trump fanatics” of fabricating the antisemitism row.

The next day left-wing activists cheered Willsman as the NEC arrived for a crunch meeting aimed at bringing the crisis to an end.

After four hours of talks, committee members finally voted to adopt the IHRA definition in full.

The change to the party’s code of conduct could see members expelled for comments that fall foul of the 11 examples.

But Mr Corbyn was branded “contemptible” after it emerged he tried to add a statement saying it’s OK to call Israel fundamentally racist.

Instead the NEC voted to add a softer “free speech clause” meant to allow legitimate debate on Palestine.

Campaign group Labour Against Antisemitism said: “There can be no caveats, no conditions and no compromises with racism, and it is an ongoing disgrace that the Labour Party appears incapable of simply doing the right thing.”

What has Jeremy Corbyn said?

Jeremy Corbyn insists he is “not an anti-Semite in any form”. His supporters say he has spent his career opposing racism.

But he had admitted Labour had a “real problem” with anti-Semitism within the party and vowed he would “root out” any abuse.

He told Labour anti-Semites: “You are not my supporters and have no place in our movement.”

His comments came after a joint front page article by three Jewish newspapers said a Labour government under Corbyn would pose an “existential threat to Jewish life”.

Writing in The Guardian, he said: “I do not for one moment accept that a Labour Government would represent any kind of threat, let alone an ‘existential threat’ to Jewish life in Britain, as three Jewish newspapers recently claimed.

“That is the kind of overheated rhetoric that can surface during emotional political debates.”

Corbyn also launched a review into racism and anti-Semitism in the party.

MORE ON THE LABOUR PARTY


What is the Labour antisemitism row?


Who is Rebecca Long-Bailey and why has she been sacked?

What has Sir Keir Starmer said?

On winning the Labour Party leadership election, Sir Keir apologised for the “poisonous stain” of anti-semitism and vowed to root it out of the party.

He said: “Antisemitism has been a stain on our party. I have seen the grief that it’s brought to so many Jewish communities.

“On behalf of the Labour Party, I am sorry.

“And I will tear out this poison by its roots and judge success by the return of Jewish members and those who felt that they could no longer support us.”

Long-Bailey was sacked from the Labour front bench on June 25 after she shared an article which claimed the tactic of kneeling on someone’s neck – which killed George Floyd – was “taught by the Israeli army”.

Sir Keir said: “The sharing of that article was wrong because the article contained anti-semitic conspiracy theories and I have therefore stood Rebecca Long-Bailey down from the shadow cabinet.

In an interview with the Independent, actor Maxine Peake said that “The tactics used by the police in America, kneeling on George Floyd’s neck, that was learnt from seminars with Israeli secret services.”

The article says that a spokesperson for the Israeli police had denied this statement, saying “there is no tactic or protocol that calls to put pressure on the neck or airway”.

The article attracted attention after it was retweeted by the Shadow Education Secretary Rebecca Long-Bailey with the comment: “Maxine Peake is an absolute diamond”.

The sacked front-bench MP for Salford and Eccles was forced to clarify her comments, saying “I retweeted Maxine Peake’s article because of her significant achievements and because the thrust of her argument is to stay in the Labour Party.”

How the row unfolded 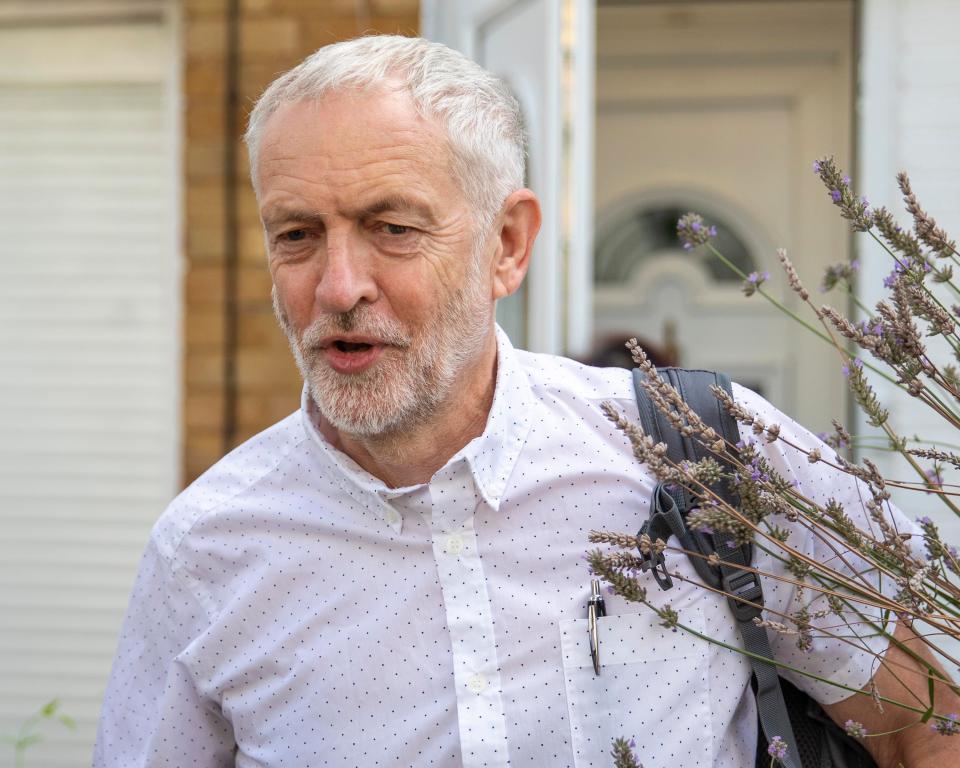 Holidays are ON and Brits will be...