A GROUP of single mums on Universal Credit have won a battle with the Government – who today said they would fix a loophole in the rules.

DWP minister Will Quince told the House of Commons that they would be issuing fresh guidance to HMRC and employers to stop people who get two paychecks in one assessment period – which wipes out their benefits for the next month.

Earlier this week judges ruled that Universal Credit assessment dates are “irrational and unfair” after it pushed four single mums into poverty and forced them to rely on foodbanks.

Today the Government said they would not fight the ruling – but there was a row over how many people could be affected.

The court heard that around 85,000 claimants are left skint and out of pocket because sometimes two paydays falls into the same assessment period.

But ministers said they were only aware of around 1,500 people who were affected.

Mr Quince said today: “We are working as quickly as we possibly can to identify the solutions on line with the court order.”

He added: “We do recognise the budgeting issues this may have caused and we are now assessing remedial options.”

However, he did not give an answer for when the problem would be fixed or how, saying: “This is not straightforward, it is not simply  a click of a switch.”

Over 3.2 million people have received Universal Credit payments since March 16 – just before the lockdown came into force.

The number applying for the benefit has taken a steep increase thanks to coronavirus.

The errors can happen when a person’s monthly pay day changes because it was otherwise fall onto a weekend or bank holiday.

Labour’s Stephen Timms said the loophole “treats people as if they had had 100% payrise” and means people have to reapply for the benefit all over again.

He went on: “Their income will be severely disrupted.

“One says she was more financially stable out of work than in work.

“Nobody will dispute the view that this policy is irrational.”

And Labour’s Jonathan Reynolds said: “Four single mums should not have to go to the Court of Appeal to be listened to their own government.”

Mum Danielle Johnson, 26, from West Yorkshire, was left £500 a year worse off due to the loophole when she worked as a part-time dinner lady.

Five million people are now receiving it and by the time the system is fully rolled out in 2023, nearly 7million will be on it.

But there are big problems with the flagship new system – it takes five weeks to get the first payment and it could leave some families worse off by thousands of pounds a year.

And while working families can claim back up to 85 per cent of their childcare costs, they must find the money to pay for childcare upfront – we’ve heard of families waiting up to 6 months for the money.

Working parents across the country told us they’ve been unable to take on more hours – or have even turned down better paid jobs or more hours because of the amount they get their benefits cut.

It’s time to Make Universal Credit work. We want the Government to:

Together, these changes will help Make Universal Credit Work.

Danielle and three other mums – Claire Woods, Erin Barrett and Katie Stewart – originally challenged the Department for Work and Pensions (DWP) back in 2018.

The technical blunder left all of them in rent arrears, caused them to default on council tax, saw them slapped with overdraft charges and forced to rely on foodbanks.

The DWP had initially argued that it was the fault of the employers but this has now been overturned.

The government department said that fixing the issue would costs £7.35million and involve manually calculating benefit payments for those claimants who are affected by the loophole.

Lady Justice Rose slammed the desperate situation caused by the benefit system “perverse” and that she “cannot accept that the programme cannot be modified” to make sure this doesn’t happen.

The problem affects those who’s pay day can change depending on where a weekend or bank holiday falls in a particular month.

For example, those who are paid on the last working day of the month are likely to be affected by this.

Universal Credit is calculated based on your income during the same set period for every month, for example from the 30th of one month until the 29th of the next.

But someone who’s pay day is moved forward by a few days because their normal pay day would fall on a weekend or bank holiday could end up receiving two salary payments in one assessment period.

Danielle, who was represented by Leigh Day solicitors, said: “I find it unbelievable that the government has fought this case in the courts for so many years, it should not have taken the Court of Appeal to tell them something which is just a matter of common sense.”

The Sun’s Make Universal Credit Work campaign is demanding ministers make more changes to the system to help struggling Brits before its too late.

We’ve told heartbreaking tales of how Brits are drowning in thousands of pounds worth of debt waiting for help, and have had to give up work due to the complicated childcare system. 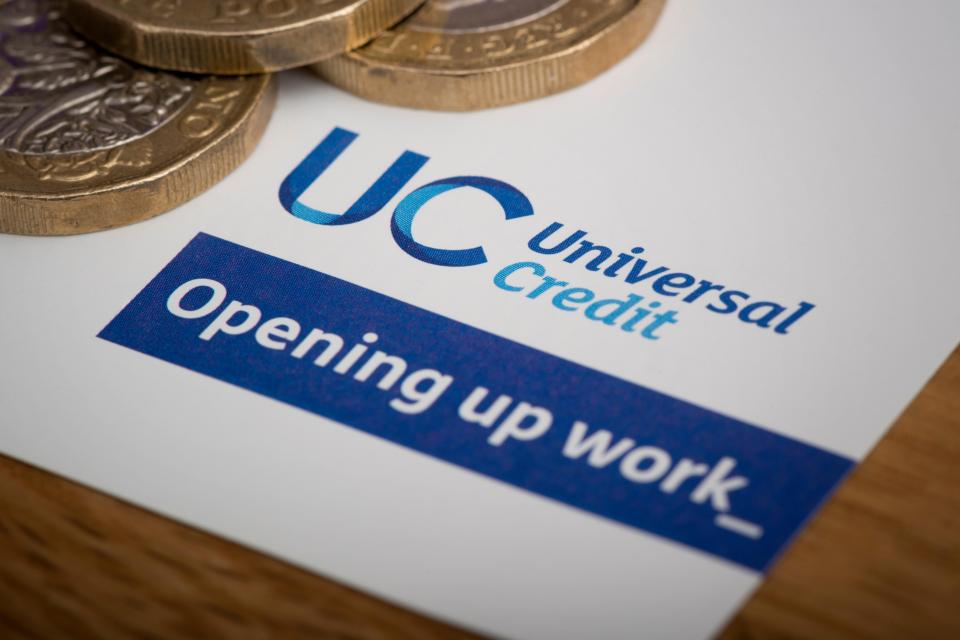 India to impose stricter rules &am...