Universities must hold lessons in ‘white privilege’ under new proposals

Universities must hold lessons in ‘white privilege’ under new proposals

UNIVERSITIES must hold lessons in “white privilege” under new “wokist” plans drawn up by education bosses.

White lecturers and students should get training in “microaggressions” and how to be a good “ally” to ethnic minorities, Universities UK says.

In a blistering report, the body which represents unis, accused the sector of being “institutionally racist”.

But furious Tory MPs lashed the “wokist” plans, pointing out that white working class students are the least likely to go to uni.

The year-long racism review by Universities UK found that racism is rife in campuses.

Prof David Richardson, boss of the University of East Anglia who carried out the review, said: “It is my firm belief that UK universities perpetuate institutional racism.

“This is uncomfortable to acknowledge but all university leaders should do so as a first step towards meaningful change.

“Too often Black, Asian and Minority Ethnic students and staff have been failed. While they may have heard positive words, they have seen little action. That needs to change now.”

His report tells vice chancellors to develop anti-racist training that includes “concepts of white privilege, fragility and allyship, and intersectionality”.

This is uncomfortable to acknowledge but all university leaders should do so as a first step towards meaningful change.

They should also lay on bystander training “to support staff members and students to call out racism”.

Any “banter” viewed as racist by the victim should be dealt with as a racist incident – no matter what the intention was, the report says.

He fumed: “Combating racism and anti-Semitism is serious but it won’t be achieved by adopting a wokist metropolitan agenda.

“The idea of white privilege is insulting to white disadvantaged pupils who have few prospects getting into higher education.”

“Perhaps their priority should be to ensure disadvantaged white working class pupils get into university as they are currently behind other ethnic groups. Not much white privilege there.”

“It’s a contested premise that makes huge assumptions about the experiences of their white students based on their skin colour. That is usually known as racism.”

More than half of universities in England have fewer than 5 per cent of white working-class students in their intakes, a study released last year found.

The report comes after campuses were struck by a wave of Black Lives Matter protests. Universities UK can make recommendations, but it is up to individual vice chancellors if they carry them out. 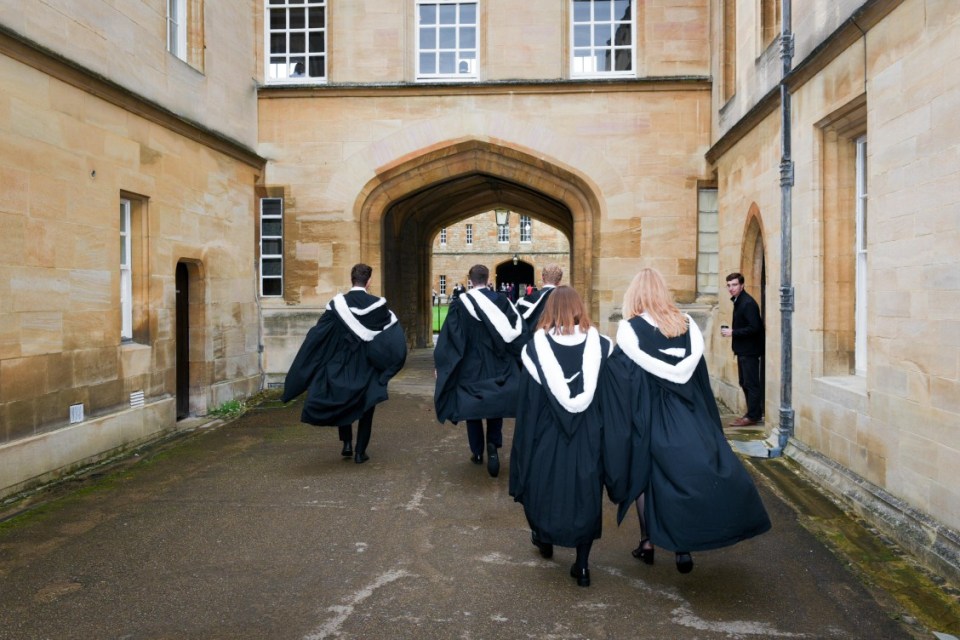 Holiday self-isolation WILL be cut...