BRITAIN is just weeks away from a mass roll out of Covid vaccination programme, Matt Hancock revealed today.

As soon as the jabs are revealed safe, the NHS is gearing up for a huge roll out across the nation to keep people safe from coronavirus. 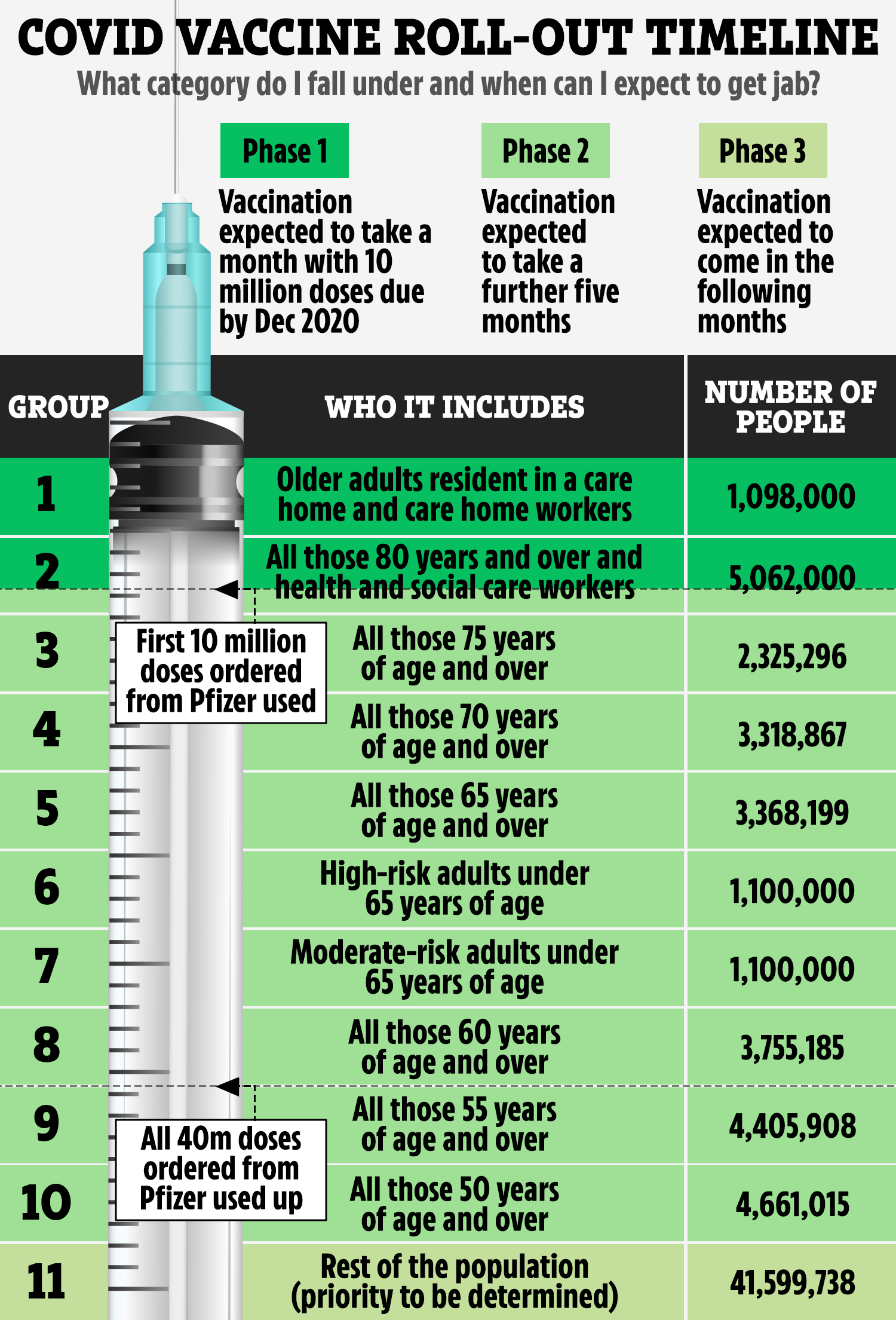 He’s previously said that the vaccine programme will start at the beginning of December – if it gets the green safety light.

It will start with NHS staff, the vulnerable and the elderly, and make its way down through the age groups after that.

And it could mean people could get the flu jab and the coronavirus vaccine at the same time in the near future, he said.

He said the likely biggest rollout would take place in the New Year, but added: “We still hold out the hope we might get some going in December this year.”

It was revealed last night that the NHS will expand its winter flu jab roll out to millions more people this winter too.

Mr Hancock told Sky News: “Normally 15 million people are vaccinated against flu. This year it will be 30 million – the biggest number in history.

“We hope that we will also have a Covid vaccination programme alongside that.”

“It will be a huge effort, but I know that the NHS is up for it.”

Mr Hancock admitted that the task of administering increasing numbers of flu vaccinations this winter was “a big ask” for the NHS.

He told BBC Breakfast that despite the scale of the programme, he hoped the process would be “relatively straightforward.”

The Health Secretary added: “I don’t deny that it’s a huge amount of work for the NHS and I’m very grateful for the unbelievable shift they’ve pulled this year and we’ve still got to deliver this this winter.

“There are of course pressures on the NHS this year – by God there’s pressures, thanks to Covid – and for everybody who works in the NHS I want to say thank you for the work that you are doing.”

Mr Hancock said this morning there are “promising signs” that the lockdown is working.

“Yesterday we saw for the first time the seven day average of cases coming down… these are promising signs that the lockdown is working to get the number of cases under control.”

Firefighters will join a specially trained army of 40,000 extra workers recruited to roll out Pfizer jabs at record speed — with up to one million a day forecast.

NHS bosses will target retired ­doctors and nurses to help, as well as other workers with first-aid skills, such as firefighters, PCSOs and ­members of the Armed Forces.

Trainee medics and nurses, as well as other frontline health workers, will also be called upon under the radical new drive to beat the virus.

All will receive specialist training before delivering the Pfizer vaccine to Brits — supported by an additional 30,000-strong army of St John Ambulance volunteers.

Every major city will get a dedicated mass vaccination centre, with 50 ­initially planned in Nightingale hospitals, sports arenas and town halls.

A further 1,000 smaller Covid immunisation sites will be dotted across England.

NHS bosses want every GP practice to be able to deliver the coronavirus vaccine to patients in the long-term, according to details leaked to the Health Service Journal.

A Government source told The Sun: “There will be a major push to recruit thousands of workers with first-aid skills, such as firefighters and police community support officers, as well as retired doctors and nurses.

“The idea is at the peak of deployment, the NHS will have capacity to vaccinate one million people a day.”

US drugs giant Pfizer will seek approval for its jab from UK regulators within days after data revealed that it is 95 per cent effective.

Updated trial results showed it works just as well in older people and had no major safety concerns.

Approval rests with the UK regulator, MHRA, with a decision expected by the end of the month.

Britain has ordered 40 million doses, with officials expecting at least five million to be delivered by Christmas – enough to vaccinate 2.5million people.

Priority is expected to be given to elderly care home residents, followed by frontline health workers. 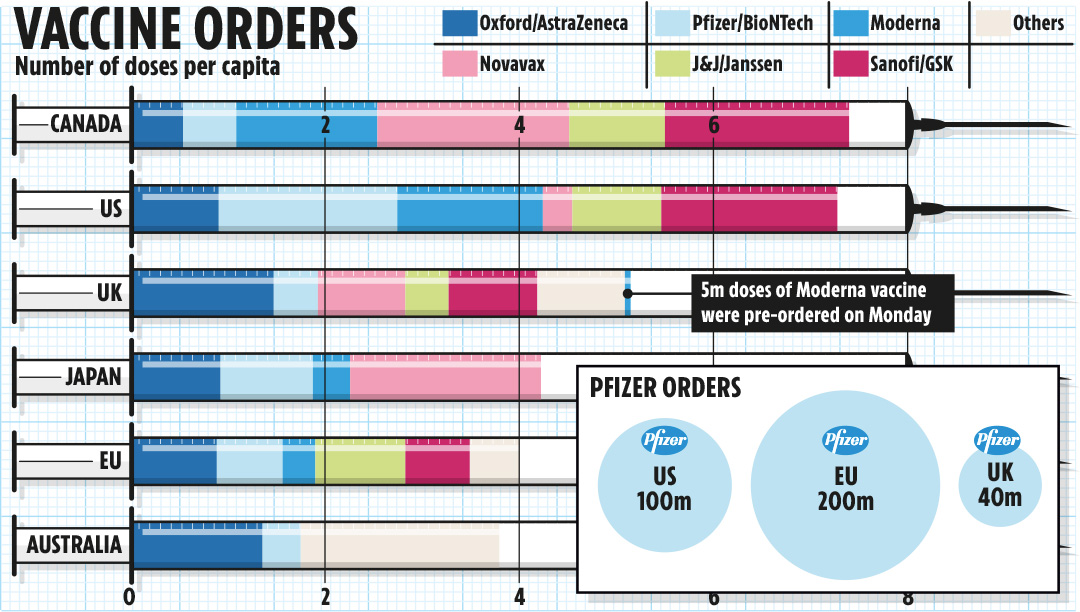 Who will get the first Covid vaccines?

THE Joint Committee on Vaccination and Immunisation (JCVI) has examined data on who suffers the worst outcomes from coronavirus and who is at highest risk of death.

Its interim guidance, which assumes the jab is safe and effective in all groups, says the order of priority should be:

The JCVI said the prioritisation could change if the first jab were not deemed suitable for, or effective in, older adults. 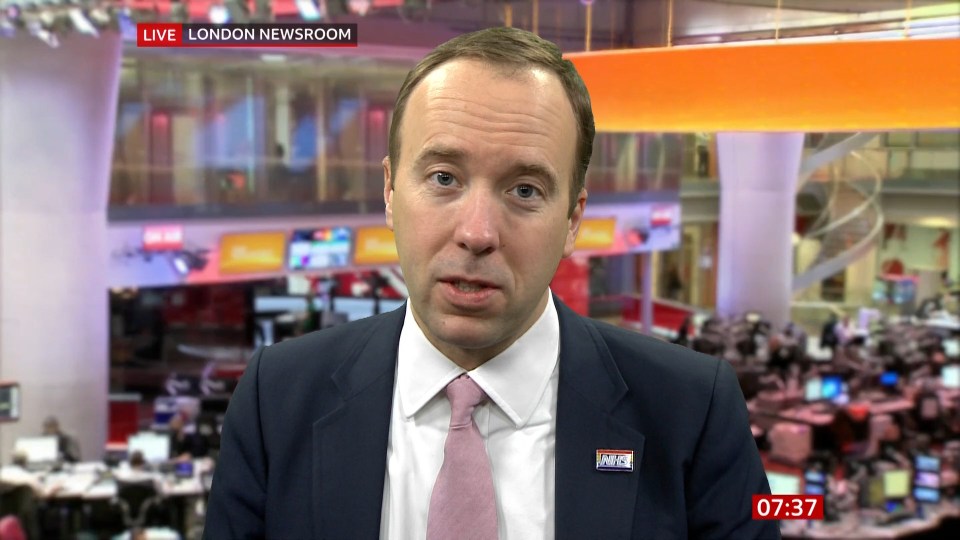